Eye on the Trail: Failor, Stoddard and the Twins 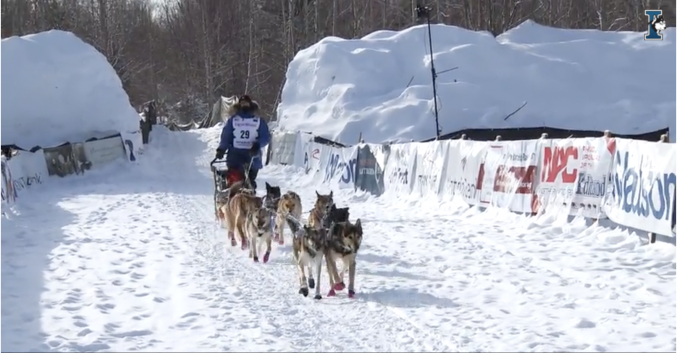 Matthew Failor of 17th Dog Kennel has finished his ninth Iditarod in 21st place.  Failor was one of the three mushers, including Tom Knolmeyer and Sean Underwood, who encountered serious overflow near Safety Checkpoint in the 2020 race and deemed it necessary to scratch.  Failor’s personal best finish is 13th.  Beginning with the 21st musher, the payout is $1,049.

Matthew says his love of the outdoors came from his family.  Vacations for the Failor family included camping, fishing, canoeing, backpacking, and hunting.  His parents and siblings all enjoy being active in the outdoors.  While in college, he secured a summer job as a dog handler at Gold Rush Sled Dog Tours.  Upon graduation with a Fine Arts Degree in Photography from Ohio State, Matthew moved to Alaska to train with Matt Hayashida and work with his canine athletes.  A couple of years later, Matthew found himself working at Happy Trails Kennels with Martin Buser.  In 2012 he ran his first Iditarod with Buser puppies and placed 47th.

At the Deshka finish, Failor said his favorite part of the race was watching a young leader develop.  The dog hasn’t run in lead before but on the trail he performed incredibly including the head on passes between Iditarod and Ophir.  But when they come back into civilization he wasn’t sure about what to do.  Failor said that coming into Nikolai they came to a stop sign and the dog literally stopped just because the sign was something he’d never seen before. 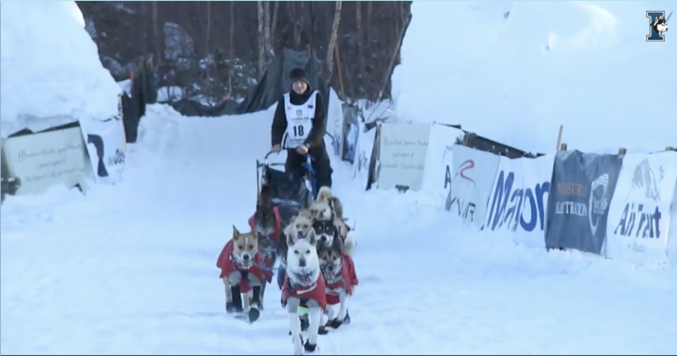 Chad Stoddard received Rookie of the Year honors as he arrived to Deshka Landing at on Tuesday evening at 19:06.  Chad earned 23rd place with a time of 9 days, 4 hours and 6 minutes.  Chad was born in Anchorage but grew up in Washington.  His desire to experience a challenging and rewarding lifestyle brought him to Fairbanks.  Since 2018 he’s been helping train and race dogs for four-time Quest and Iditarod Champion Lance Mackey.  Stoddard has a unique tie to the trail through his great-grandfather.  William Burk Sr. delivered mail by dog team in Alaska around the time of the Serum Run.  Chad has family ties to the village of Nenana where the first musher took the precious and carefully wrapped package of serum from the train conductor and began the relay by dog team to save the children of Nome.

Chad shared these thoughts with the Insider Crew at the finish.  He thought the run from Skwentna to the finish was mentally tough because of the warm temperature and soft trail.  He was quick to add that every run, every day was tough.  I was poling and pedaling all the time.  I’m a big guy and tried to use my weight to help the dogs.  Chad was proud of his team as they tackled going up the gorge on the inbound run.  He said, “We did well there, it was steep and we were at our best.”  He called the runs into and out of Rohn the most fun.  There was lots of ice; it was an entertaining and wild ride.  You had to be a good sled driver.” 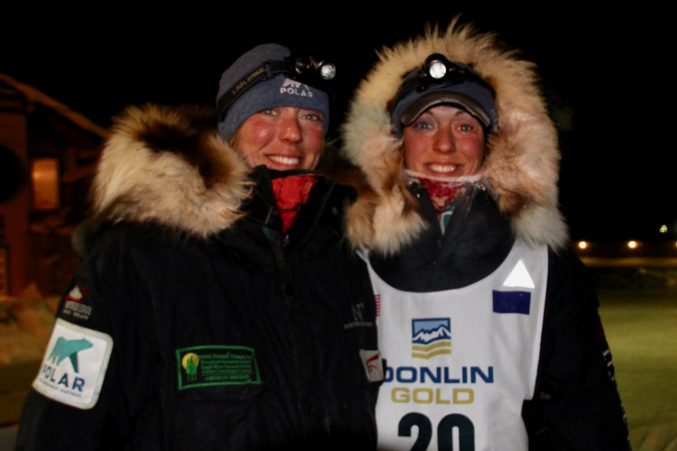 Anna and Kristy Berington in Nome 2018

The Berington twins sandwiched the Rookie of the Year at the finish.  Kristy arrived three minutes before Chad then Anna followed Chad by seven minutes.  The twins earned 22nd and 24th places respectively.  For the most part, the twins ran the race together as it seems they usually do.  Kristy has finished 11 races out of 12.  Anna has finished 9 of 10.  The twins scratched last year due to the death of a grandparent.  Their best finishes are 16th and 17th place with Kristy in the lead.  The twins are ultra athletes participating in marathons, triathlons, canicross and 1,000-mile sled dogs races.  They own and operate Seeing Double Sled Dog Racing out of Knik, Alaska.  Their first dog team consisted of a Great Pyrenees and a Border Collie pulling a sled built from a pair of skies and a milk crate. From there they advanced to sprint racing in their home state of Wisconsin then to giving tours in the Sierra Nevada Mountains then they moved to the Kenai Peninsula and began training with 1984 Iditarod Champion, Dean Osmar.

At Deshka, Anna went down the line praising her team, calling them each by name and sharing an accomplishment then saying they were a phenomenal team of dogs with so many different personalities making them fun to work with.  It would be an understatement to say the twins are fan favorites.