Eye on the Trail: Holmes, Kaduce and Shvarts at Deshka Landing 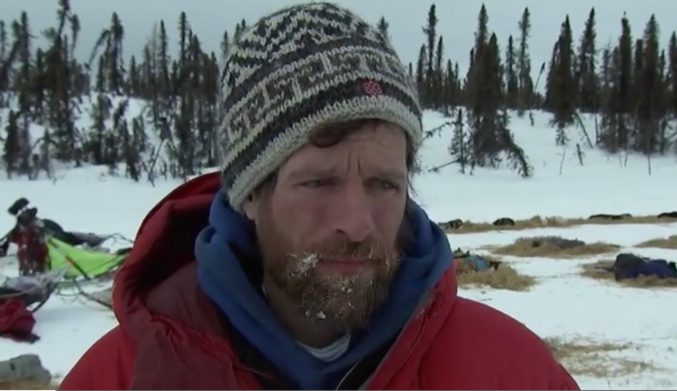 Jessie Holmes, Dan Kaduce and Lev Shvarts made the finish at Deshka Landing in 15th, 16th and 17th place respectively.  Fourteen minutes separated their finish times.  All are veterans of the race.  Dan and Lev recorded personal best races advancing upward from past years into the top 20 teams.  Holmes has finished twice in the top 10.

Jessie Holmes grew up in Alabama.  He decided to head to Alaska at the age of 18 but stopped for three years in Montana.  When he made it to Alaska, he found adventure in running a trap line with dogs along the Yukon River.  That experience with dogs led him to winning the Kobuk 440 in 2017 and entering Iditarod in 2018.  Jessie lives with his dogs in Brushkana, Alaska.  His adventures and lifestyle are the subject of the National Geographic Series Life Below Zero.  Holmes is 4 for 4 in Iditarod runs with a personal best of 7th place for Rookie of the Year honors in 2018. 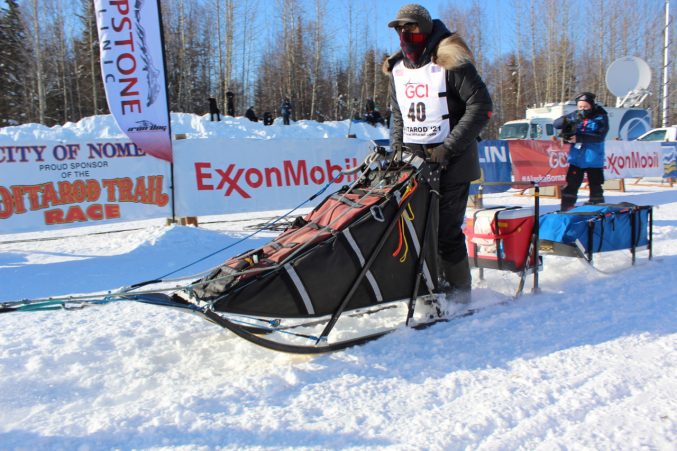 Dan Kaduce is a Wisconsin boy who grew up in Chippewa Falls, only 12 miles from my home.  He and his wife, Jody Bailey, operate Dew Claw Kennel out of Chatanika, Alaska.  He moved to Alaska for fun and went skiing with dogs one day and knew he’d not only found fun but his vocation – mushing.  Dan has raced in both of the North America’s distance hallmark races, the Yukon Quest and Iditarod.  Kaduce was Iditarod’s rookie of the year in 2010 earning 21st place.

Kaduce was recently crowned the Summit Quest 300 champion.  Because of border restrictions, the Yukon Quest 1,000 mile race was cancelled but the Summit Quest 300 took place out of Fairbanks where mushers tackled two of the great climbs of the Quest Trail, Rosebud Summit and Eagle Summit both over 3,600 feet in elevation.

Lev Shvarts was born in the Ukraine in the Soviet Union.  He grew up in the Boston area and has become a citizen of the United States.  After obtaining a degree in electrical engineering, Lev was sitting in his office one day and decided to leave the lucrative field of engineering and become a dog musher.  He moved to Willow in 2011.  His first Iditarod was in 2014 the year Mother Nature turned the Dalzell Gorge into a fast paced luge run.  He scratched after his sled didn’t withstand the trail but returned in 2015 to finish in 54th place and earn his finisher’s belt buckle.  Lev has completed 4 of 6 Iditarod attempts.  Prior to earning 17th place today his personal best was 22nd place last year. 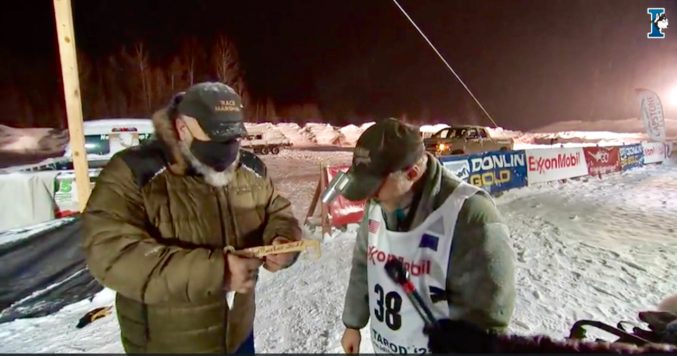 At the finish line, Lev received an award from the Mat-Su Borough Mayer, Vern Halter.  Shvarts received a key to the Mat-Su Borough.  The gold key, approximately 1 foot in length, was given to honor Lev’s growth as a musher and for his outstanding performance on the 2021 Gold Trail Loop.  Shvarts operates a light fabrication machine shop.  One of his products is a graphite-handled ladle for feeding dogs.  Very light, very durable!

It appears that Dan Kaduce has trotted on by Ramey Smyth and Jessie Holmes in the contest for fastest time from Skwentna to Deshka Landing.  Ramey was holding the best time of 8 hours and 18 minutes but was bested by Jessie Holmes with 8 hours 9 minutes then Dan Kaduce broke the 8-hour mark with a time of 7 hours 40 minutes!