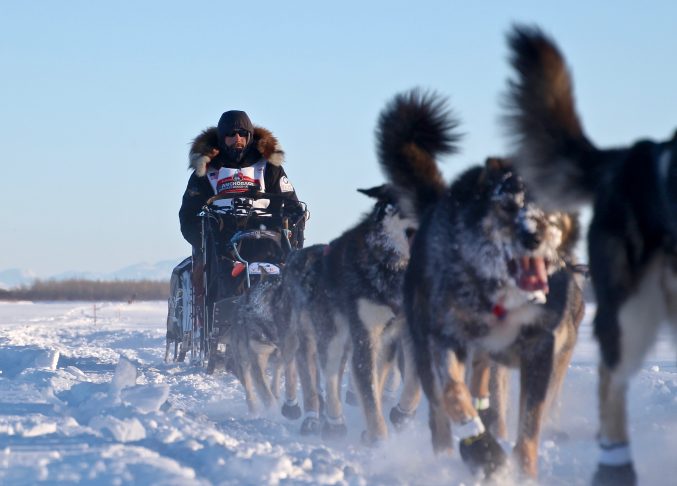 Mushers have just completed food drops in both Fairbanks and Anchorage.  Earlier in February straw was bagged and placed on pallets to be ready for shipping, likewise with HEET and lath.  Preparations for Iditarod XLIX are moving along.  As race fans, how are you preparing for the race?

Since the first of the year there have been a number of mid-distance races – the Willow 300, Copper Basin 300, Kuskokwim 300, Summit Quest 300 and the 400-mile John Beargrease Sled Dog Marathon.  Who of the 2021 Iditarod contestants participated in these races and how did they fare?

The Beargrease established to honor the memory of winter mail carrier John Beargrease runs along the north shore of Lake Superior between Duluth and Grand Portage, Minnesota.  Two-time champion Ryan Redington lost his bid to defend his 2020 Championship by merely SEVEN seconds.  The 400-mile Beargrease is the longest sled dog race in the lower 48. 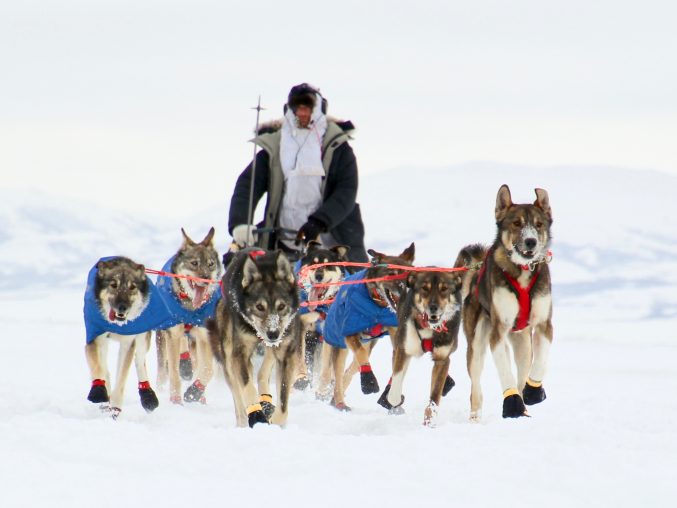 Willow 300 racers took off from Deshka Landing near Willow.  There were no two-minute start intervals to make up with the mass start of 41 teams, including 26 rookie teams.  Due to construction at the Willow Community Center, Deshka Landing will also serve as the start for the Iditarod but with an interval departure.  Three time defending champion Nicolas Petit was in the lineup hoping for his 4th gold.  Petit earned another gold besting Travis Beals at the Sheep Creek Lodge finish by 25 minutes. Other Iditarod veterans in the race including Wade Marrs, Aaron Burmeister and Victoria Hardwick will join Petit and Beals in Iditarod 2021. Mushers Josh McNeal, Sara Tuminelli and Sean Williams who completed the Willow 300 will come to Iditarod 2021 as rookies.

The Kuskokwim 300 made some route changes and ran an out and back route twice.  Mushers departed Bethel in a mass start then travelled along the river for 75 miles, returned to Bethel and went out again and returned to the finish line in Bethel.  Richie Diehl claimed his first K300 victory edging Peter Kaiser by 43 minutes.  Pete Kaiser has claimed gold in five K300 races and was the defending champion. It was a closer race between Kaiser and third place Nicolas Petit – 18 minutes.  Iditarod contestants Matthew Failor, Aaron Peck, Dennis Kananowicz and Robert Redington also finished the celebrated K300. 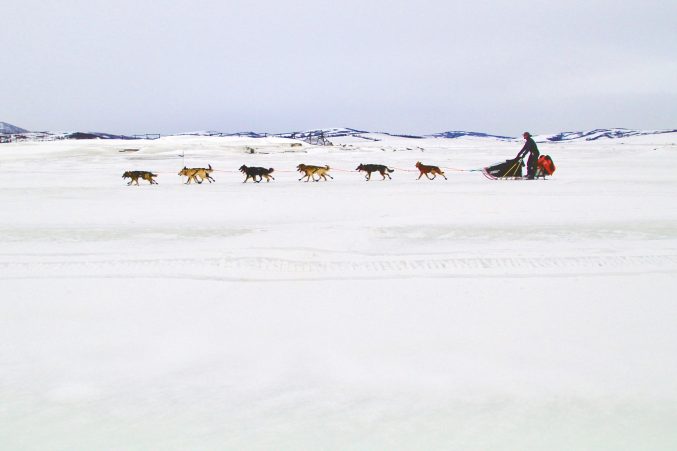 Copper Basin 300 racers departed from and returned to Glennallen after running a rectangular route to the north, which loosely parallels the Glenn, Richardson and Tok Highways. The Hump at 4,085 ft. is the highest point and major landmark of the race.  Nicolas Petit earned his 4th CB300 championship.  Petit is the only racer to have 4 consecutive victories in the CB300. Thirty-nine minutes later, Joar Leifseth Ulsom claimed runner up honors.  Gunnar Johnson crossed the finish line just 8 minutes behind Joar.  Other 2021 Iditarod contestants who ran the CB300 include Matt Hall, Jeff Deeter and Dennis Kananowicz.

For the past thirty-six years, there’s been a distance double – two 1,000-mile sled dog races, While the mileage is similar, there are many differences namely road access, half the checkpoints and greater solitude.  Over time many teams have attempted the two 1,000 mile races in the same year but for 2021 both races have made necessary modifications including length.  There’s no distance double for 2021.

The Summit Quest 300 was born out of travel restrictions between the United States and Canada and the desire to keep some form of the Quest alive in 2021.  The race began in Two Rivers near Fairbanks and headed over Rosebud Summit at 3,640 feet, Eagle Summit at 3,685 feet and on through Central to Circle City.  Iditarod and Quest Veteran Dan Kaduce was the first to return to the finish line located in Central. Kaduce is the sole 2021 Iditarod contestant of the Summit Quest 300 roster.

There you have some background as to who’s been active in the mid-distance racing circuit prior to the 2021 Iditarod.  If you’re serious about doing some additional personal race preparation, read the biographies of the racers and look back into the archives for their career summaries.

Be sure to follow the Jr. Iditarod that begins the last Saturday of February.  Ten mushers, age 14-17, will make the nearly 150 mile run from Knik Lake out to the Yentna Station Road House and return to Happy Trails Kennels in Big Lake.  Follow the race at www.jriditarod.com.