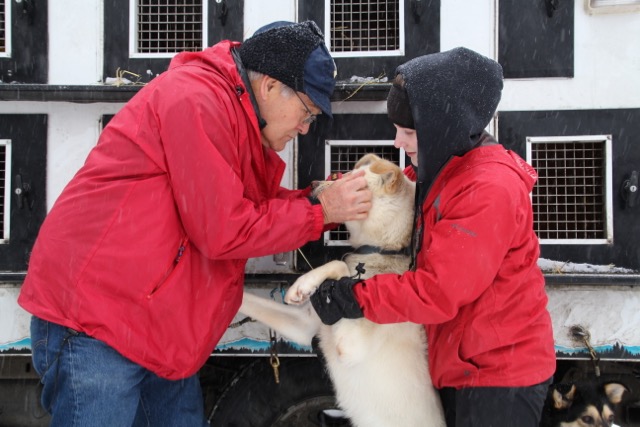 Dr. Phil Meyer examines one of the City Slicker Dogs with Katie Deits

Jr. Iditarod vet check was the happening at Iditarod Headquarters on Friday morning. The Veterinary team headed by Dr. Phil Meyers was on hand to screen the canine athletes and Race Marshal; Meredith Mapes assisted the vets and mushers with the necessary paperwork. Mushers will gather again later this evening at Iditarod Headquarters for the mandatory musher meeting and bid draw. Then on Saturday morning, the place to be is out on Knik Lake for the start of the 40th Jr. Iditarod.

A baker’s dozen will take to the trail that runs a distance of seventy-five miles out to the Yentna Station Roadhouse. The mushers and dogs will take their mandatory 10-hour rest before running the final seventy-mile leg of the race to the finish line at the Willow community center. The teens ranging in age from 14 to 17 have trained all season with their canine athletes and are ready to hit the trail to fulfill their Jr. Iditarod Dreams.

Often mushing is a family affair. Take for instance rookie Jr. Iditarod musher Logan McCready-DeBruin out of Hurlburton, Ontario. Logan says it’s been his dream to run the Jr. Iditarod since he was five. His father, Hank DeBruin, is a Yukon Quest and Iditarod veteran. Logan has helped his father train the race team and has even driven the DeBruin tag sled for the Iditarod Ceremonial start through Anchorage. As Logan lined his dogs out for vet check, a couple of his younger siblings were sharing hugs and with the beautiful Siberians. Several have run the Yukon Quest and Iditarod with Hank. As it turns out, one of Logan’s sisters, Michaela, also has her sights set on competing in the Jr. Iditarod when she turns fourteen. 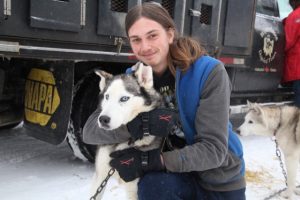 Logan is ready for his first Jr. Iditarod 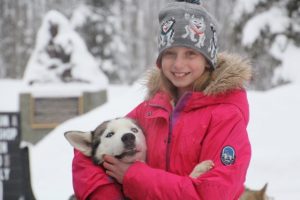 Other mushers on hand during the late hours of the morning were rookie Emma Shawcroft from Fairbanks, rookie Hannah Mahoney from Michigan, veteran Bailey Schaeffer from Willow, Katie Deits from Anchorage and veteran Andrew Nolan from Wasilla.

Emma Shawcroft began mushing at the age of five with a neighbor. Soon the family acquired enough dogs for a team and now she’s racing in the junior mushing circuit. Emma, age 16, is the oldest of five children. She doesn’t have a favorite subject in school and says she works hard at all of them. She’s thinking about a career as a dental hygienist. She definitely plans to continue mushing and has really thought this through. Knowing that it would be nearly impossible to maintain a dog team while in school, she plans to do skijoring. Emma ran the Willow 100 last year and finished in fifth place and improved to second place this year. Emma likes to cross country ski and also enjoys commercial fishing with her dad.

Hannah Mahoney has made many trips between her home state of Michigan and Alaska since November. Hannah was one of the first mushers to sign up for the Jr. Iditarod last June. Signing up was one of the reasons for the June trip along with finding a musher to work with for the Jr. Iditarod. Hannah and parents talked with several and finally decided on working with Iditarod veteran Wade Marrs. The Jr. Iditarod has been on her radar since the age of three. She used to make harnesses out of ribbon and have her pet house dogs pull her through the house using a laundry basket as her sled. Mahoney wants to pursue a career with animals, perhaps either as a veterinarian or zoologist. She’s a 4H member and shows sheep, goats, ducks, chickens and her lama. Hannah is seventeen so the 2017 Jr. Iditarod will be her first and only. Hannah thanks her parents saying, “I am lucky to have a really supportive mom and dad.”

Sixteen year old, Bailey Schaeffer has recently returned from a mushing related trip to Greenland. While there she learned sled building and had the opportunity to drive teams of the much-celebrated yet rare Greenland Huskies. Bailey says the experience of being in Greenland was incredible. She received high school credit for the experience that she shared with her father, Chuck Schaeffer. The elder Schaeffer is an Iditarod veteran. Bailey, an Inupiaq, was born in Anchorage but was raised 30 miles outside of Kotzebue in primarily a subsistence lifestyle. She says she’s been mushing even before she was born as her family has always mushed dogs. Bailey is a junior at Mat Su Central where she plays soccer. She also enjoys hiking and skiing. Recently Bailey place fourth in the Willow Jr. 100 sled dog race. Schaeffer was Jr. Iditarod Rookie of the Year in 2016.

Katie Deits from Anchorage is running a team of City Slickers. Actually, she has worked with Iditarod veteran Christine Roalofs since moving to Alaska in 2012. Christine’s dogs are called the City Slickers. Deits says she is very proud to run the City Slickers and says she has a fun time with them. Anchorage was snow deprived during the previous mushing season so Katie is very excited for this year’s race as she has many more sled miles with the dogs than she had a year ago. Recently Katie competed in the Willow 100 Jr. race and finished in 5th place. Katie has finished two previous Jr. Iditarod races. As a senior at Bartlett High School, Deits plans to pursue a career at a veterinary technician. She plans to continue in the sport of mushing. Perhaps someday we’ll see her on the trail as one of the Iditarod Vet Techs. 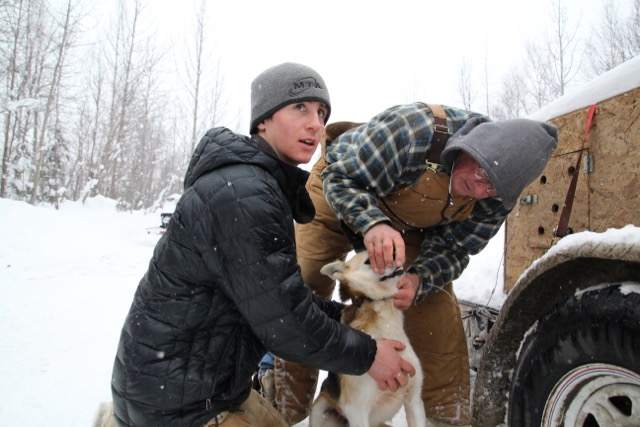 Andrew Nolan has participated in the past three Jr. Iditarod races. His top finish was second in 2016. Nolan has been honored with two sportsmanship awards. His fellow contestants say that he’s always encouraging them and helping them out with little things along the way. Nolan has been running dogs for seven or eight years. He is a home schooled in the twelfth grade. While he has decided on what his plans are after graduation, he knows he’ll continue in the sport of mushing. Andrew enjoys running, trapping, hunting and fishing. He is the current Willow 100 Jr. champion and finished the Copper Basin 300 in 15th place out of 27 teams. One could say that in the Copper Basin Nolan was running with the big dogs and did himself and his team proud. 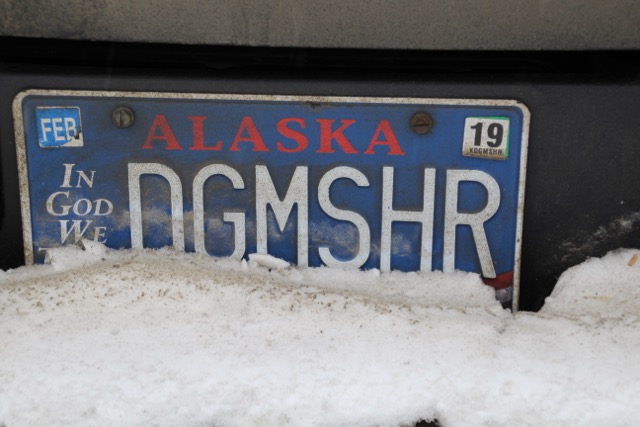