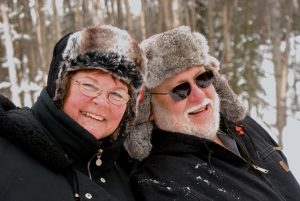 The Iditarod is proud to announce that the 2020 honorary musher is longtime Alaskan Gail Phillips.

Gail was born in Juneau to the pioneering Ost family and was raised in Nome. She attended public schools with her six younger sisters then went on to attend the University of Alaska in Fairbanks, graduating in 1967 with a Bachelor of Arts in business education. While attending the university, she met her future husband, Walt Phillips.

After a quick stint outside of the state, the Phillipses returned to Alaska in 1973, specifically Anchorage, and that’s when they both became passionate about the Iditarod. One of Gail’s first volunteer jobs was making presentations to local communities with Joe Redington, Sr. 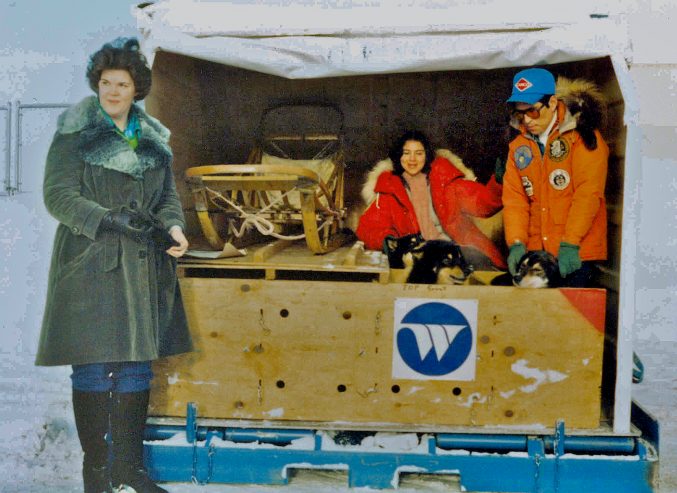 During the years of 1975-1977, while raising two small children and working a full-time job as executive secretary for Don Brugman of Wien Air Alaska, Gail organized the Iditarod race from their Spenard home. Walt and Gail’s house even served as the Iditarod Trail Committee’s office and many hours were spent around their kitchen table working with board members and volunteers to keep the fledgling race alive in those early years. Brugman used to joke that he took to answering his phone “Iditarod Trail Headquarters doing business as Wien Air Alaska!”

Gail was elected to the Iditarod board of directors in 1975 and served through 1979. She took on the all-consuming duties of race coordinator for the 1977, 1978 and 1979 races, and was the last person to fulfill this position on a volunteer basis. Both Gail and Walt were also the first Iditarod board members who were neither dog mushers nor directly connected to the race.

In 1978, the Phillips family settled in Homer. There, they owned and managed the Quiet Sports Store, from 1978-1984. During that time, Gail served as vice chair of the Homer Convention and Visitors Association, and president of the Homer Chamber of Commerce. That’s when her political career began to take off. She served on the Homer City Council, the Kenai Peninsula Borough Assembly and also chaired the Alaska Municipal League’s Legislative Committee from 1986-1988.

The year 1990 marked a turning point in Gail’s public service career. She was elected to the Alaska State House of Representatives, where she served for 10 years. During her tenure, she served as the Speaker of the House twice and was the majority leader prior to that from 1993- 1994.

“We are so fortunate that Gail entered the Iditarod when she did. I have no doubt that this event and culture would have been much different without her passion and determination,” said Iditarod board president Mike Mills. “Gail’s imprint will be forever etched into the fabric of Alaska and the Iditarod. That’s why Gail was selected as our 2020 honorary musher.”

Gail is still actively involved in the “Last Great Race on Earth” as a board member of the Iditarod Trail Race Foundation, a nonprofit organization dedicated to supporting the Iditarod. Additionally, Gail and Walt are two of eleven writers known as the “The Old Iditarod Gang” who authored, published and distributed a seven-pound, 422-page coffee table book, an anthology of the Iditarod called “Iditarod – First Ten Years.”