One thing noticeable about Dallas Seavey’s runs is that his team keeps an above 8 miles an hour average speed. His tracker shows 9.4 miles and hour right now, as he is approaching Koyuk. 9.4 miles, that is seriously fast at this point in the race, especially for a team running close to the front. 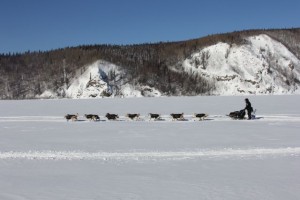 He seems to stop every time, his team is getting close to slowing down. Dallas wants to keep his team right at that peak speed, I wonder how much his competitors know what he is doing behind them. He travels shorter, yet a bit faster than most others. That gets him a bit more rest. That rest comes in short increments though, often only anywhere between 2.5 and 4.5 hrs.. 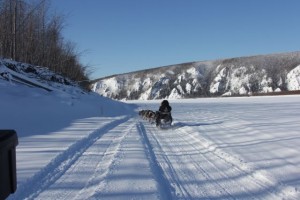 He had caught me in the 2011 Yukon Quest that way and many other teams in past Iditarods. At some point in the race, he then usually switches to “putting the hammer down” and running longer. Typically on an up-cycle run of his dogs. When will he do it this year? The long run to Unalakleet? That could be a possibility if the weather cooperates. Dallas does go by what he sees in his team and what the conditions throw at him. He does not have a pre-set race plan, he has a pre-set general race strategy. 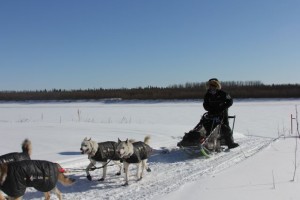 Teams behind on the trail are making good use of the warm sunshine. There are plenty of small lakes to stop on. Lot’s of firewood too, as we passed many recently burned areas. Jessie Royer, Wade Marrs, Thomas Waerner, John Baker are all currently stopped.

Tim just brought up a good point. You ever wonder who Mitch Seavey’s wife roots for. The payoff is better when her husband wins, but Dallas is her son? hm??? 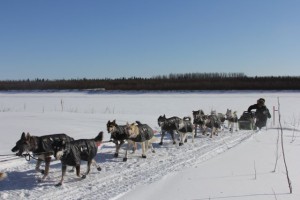 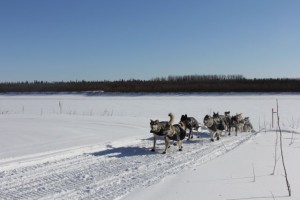 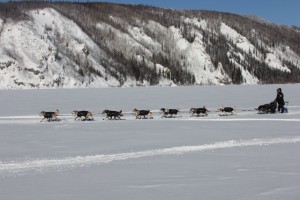 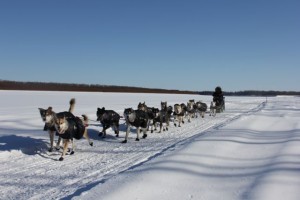