Last year as I crested Cape Nome I burst into tears, as all the emotions of the last two weeks hit me – I finally knew that I would really make it to the finish line, I wasn’t going to scratch, I wasn’t going to be an Iditarod rookie anymore. All the rookies that have finished today have had that same feeling, I’m sure – even those that are veterans of other 1000-mile races like the Yukon Quest. Nothing compares to the Iditarod!

Today I went “musher chasing” with photographer Julien Schroder so we could get some cool shots of the mushers coming into the finish line. What a beautiful day to be out on the trail, but every musher we passed complained about how warm it was. Jessie Holmes mentioned that all he could think about were the milkshakes he was going to eat after he finished! Martin Apayauq Reitan kept taking photos of Julien and myself while we were taking photos of him. 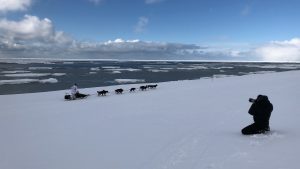 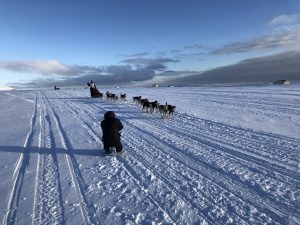 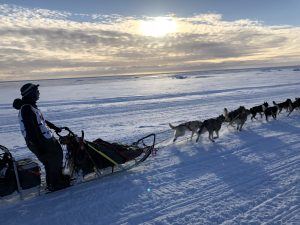