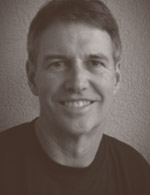 Cliff Roberson, 60, was born in Washington, D.C. and raised in Bethesda, Maryland. He received his BA in Biology at Princeton and his MD at Baylor Medical School. For thirty plus years, he has practiced as a neurosurgeon. He moved to the Pacific Northwest in 1979 for "job opportunities, the mountains, rivers and the Pacific Ocean." He says that after a winter dog sledding vacation in Alaska in 1990, he wanted to do more, although at that time, running the Iditarod was far from his mind. "After all, I was a city kid!" But in the end he leased Joe Runyan's second team and ran his first Iditarod in 1992. After that he started his own team and ran again in '94 and '95, training out of Nenana. In '96 and '97, he won the Race to the Sky while training with Doug Swingley. He was entered in the '98 Iditarod and withdrew at the last minute when he suddenly realized that he was more interested in his daughter's swim races than his own races. So, he sold all his dogs. Cliff says he continued to follow the Iditarod via the Internet, but didn't step on the runners again for ten years. Eventually, he made a second discovery about himself. Mushing was still in his blood, so he spent a week at Vern Halter's kennel in Willow in 2006. He went there to enjoy the dogs, mushing, the trail, Alaska, etc. "I wasn't even thinking about the racing the Iditarod again, but the idea started creeping into my head a few weeks after returning home to Oregon. The challenge and lure of the trail was proving to be too much to resist." My wife and 10 year old son have given me the go ahead to run one last Iditarod, my 60th birthday present. Without their support and approval, I would not be able to enter. I am hoping for an additional birthday present-better trail and weather than in 2007! The Roberson's have a daughter Leslie, 18, a daughter Britland, 17, and a son Lake, 10. Cliff says he enjoys the saxophone, reading and playing with his kids.