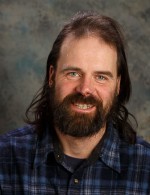 Fastest Time from Safety to Nome
Rookie of the Year