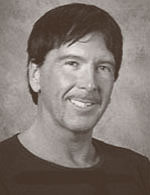 Jesse Beebe, 47, is ready to race the Iditarod, after trying very hard for the last eight years. He is anxious to get to the starting line of the Iditarod in Anchorage and have the “The Last Great Race” under his belt along with other races he has finished. Mushing has been a very serious sport for Jesse since he started mushing in 1995 dogs. In 1999 Jesse came to Alaska so that he could race dogs full time. This self employed musher was born in New York but, calls Knik, Alaska home. He has trained working style horses since he was very young and has always has loved horses and dogs. Jesse is the father of seven adult children, Jesse, Jr., Bill, Michael, Danny, Billie Jo, Ami, Josh and Adam. He says that racing dogs is his only hobby.