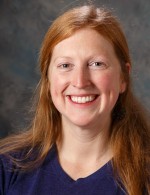 Kristin, 32, was born and raised in Ft. Worth, Texas. She graduated with honors from the University of Montana with a degree in photojournalism. She lived in Montana where she worked for a while for the local newspaper and then worked for the Forest Service there. She came to Alaska in 2009 to take care of a cabin and recreational team for a friend. She soon married Andy and became the lead back country ranger for Denali. While handling for four time Iditarod champion, Jeff King, Andy and Kristin started their kennel in 2011. They bought four puppies from Jeff King and 10 acres of raw land outside Healy. Then they began to work hard toward their dream of running a thousand mile race. In 2012, they trained Brent Sass’ yearling team and at the end of the season, they split the rookies with Sass. They also did a breeding with Michael Williams, Jr.’s team and that rounded out their kennel with “three amazing bloodlines.” “Now, five years later, we have 27 dogs. Last year, we achieved our goal of running 1,000 miles by finishing 15th in the Yukon Quest with a strong 12 dog team. We can’t wait to see the beautiful Iditarod trail. After all, there’s no better way to see and experience the country than on the back of a dog sled.” Kristin is currently a wilderness planner for the National Park Service. She says she enjoys writing, backpacking, exploring wilderness and playing music.