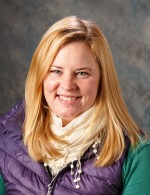 Mary Helwig, 32, was born in Virginia. She says she always loved and wanted to work with dogs, but growing up in southern California, mushing never crossed her mind. After her 2006 graduation from North Park University in Chicago with a B.A. in Psychology, she moved to Alaska to work for the Christian non-profit organization, Covenant Youth of Alaska (CYAK.org). She moved to Unalakleet to work as a youth leader in the local church during the winters and head cook at the Covenant Bible Camp 10 miles upriver during the summers. She also spent many weekends in the villages on the coast from Unalaklet to Nome cooking for youth retreats and working with the local youth. “I had my first experience on a sled during a short women’s dog sled race put on by the Norton Sound Sled Dog Club. I was instantly hooked. After moving from Unalakleet, I worked as a part time handler for Jonrowe Racing Kennel to explore my interest. In 2011, I moved back to Unalakleet to work for Siku Kennel and 2010 Iditarod musher William ‘Middy’ Johnson. I ran my first mid-distance race that season (the Portage 200) and I knew I was all in. I formed my own team in 2013 and moved to Willow in 2014 and Bravo Kennel was born. I am so proud to have finished my rookie run in 2016 as the Red Lantern recipient. The Red Lantern represents perseverance on the trail, but for me it also honors the perseverance of the difficult year leading up to the race after having lost everything I owned in the Sockeye Fire the summer before. After a year off to simply enjoy my dogs, I’m looking forward to tackling the Iditarod trail yet again. This time under better circumstances.” For the last five years, Mary has worked as an Accounting Assistant. Se says she enjoys “gardening, hiking, swimming and knitting.”