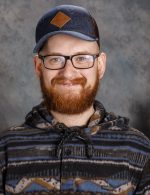 Wade Marrs, 32, was born and raised in the Knik area outside of Wasilla, Alaska. As a true “Knik Kid” Wade has been behind a dog team since he was born. His biggest influences for his mushing were his late uncle and the Redington family. Wade says, ” I was a quiet kid, learning the ropes of mushing, not asking many questions, just listening to the words from the many mushers visiting the Redington home in Knik.

Wade has served on the Iditarod’s Board of Directors, the Iditarod Official Finishers Club as president and the Iditarod Rules Committee. In 2021 Wade moved to the “Northwoods” of Wisconsin with his wife Sophia and their son Mack.