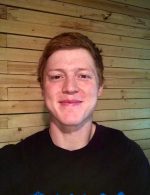 Brady “Chad” Stoddard, 33, was born in Anchorage Alaska. Chad moved away at a young age and grew up in the small island town of Friday Harbor, Washington. He grew up backpacking in the North Cascades with family and was an all-state basketball player in high school. After graduating from Western Washington University he moved back to Alaska and got his first job working with dogs for Alaska Icefield Expeditions. He now spends summers working with Gold Rush Dog Tours in Juneau. After his first summer with AIE he spent the next four years guiding tours in Wyoming for veteran Iditarod musher Billy Snodgrass and has also spent time in Petersburg, Alaska as a commercial fisherman. The desire to see both a challenging and rewarding lifestyle brought him to Fairbanks in May 2018 to help train and race dogs with four-time Quest and Iditarod Champion Lance Mackey. Since helping Lance, Chad has been committed to a young group of dogs which will make up the backbone of his team. He hopes the experiences that he and the dogs have overcome in both training and racing the last few years will help make for a strong run to Nome. Chad’s great-grandpa William Burk Sr. delivered mail around the time of the 1925 Serum Run and has family ties to Nenana. Chad says, “it would be a great privilege to travel the Iditarod trail and honor those dogs and mushers who have come before me. The love of the simple and strong life, the dogs, the challenge, the connection to the land and its people are what has brought me home to Alaska and Iditarod.”