Eye on the Trail: Attitude is Everything 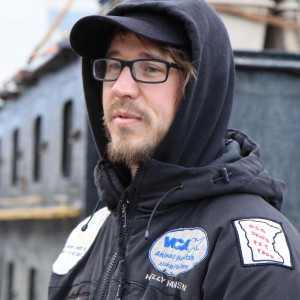 Back in Anchorage from Nenana and awaiting a flight to the Yukon River village of Galena, trail mile 396 (or there abouts).  I’m anxious to return to the trail and be in the middle of what’s happening rather than watching the race from a far.  Granted Sebastian does a great job of sharing pictures and insights and the Insider videos are fabulous and fascinating but it’s not the same as being on the ground in a checkpoint with the dogs and mushers.

Plenty of race fans have weighed in on Brent Sass being disqualified.  His disqualification was a shock to all but the rules are the rules and so according to rule 35, mushers aren’t allowed to carry any device capable of two-way communication.  Black and white, that’s it.

In the interview filmed by the Insider Crew at Tanana, Brent accepted complete responsibility for having the device and owned his mistake.  While the whole situation is unfortunate, as a teacher I’m grateful for the example Brent set in owning his mistake rather than trying to blame the Iditarod Trail Committee.  The reigning Yukon Quest Champion is a stand-up guy who made an honest mistake and has accepted the serious consequences responsibly.  Brent has exceptional work ethic.  He’ll be back to reach his goal of winning both the Quest and Iditarod.

Brent’s motto is “Attitude is everything.”  From what race fans have seen through the Insider Video posted on the Iditarod front page, Brent is living that motto.