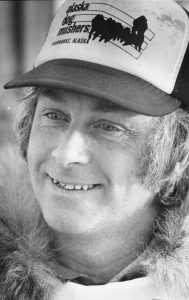 On Oct. 6, 2017, the Iditarod Trail Committee board of directors unanimously selected Joseph (Joee) Redington Jr. as the 2018 Honorary Musher. Joee passed away in Fairbanks on Aug. 14, 2017, at the age of 74. He was the oldest son of Joe Redington Sr., the “Father of the Iditarod.”

Board President Andy Baker contacted Joee’s wife, Pam Redington, to give her the news. Pam said she and her family were honored and that her husband would have been honored as well.

Traditionally, the Honorary Musher is the first to leave the ceremonial start’s starting line in downtown Anchorage at the corner of Fourth Avenue and D Street. On March 3, 2018, that position will be reserved for Joee Redington Jr.’s wife, Pam. Joee had a long history of competitive mushing, winning the 1966 Fur Rendezvous while he was serving in the United States Army. He placed 12 th in the 1967 Iditarod Centennial Race. Later, he finished the 1974 Iditarod Trail Sled Dog Race in ninth place. He ran the Iditarod one more time in 1975, finishing in third place.

Joee and Pam lived in Manley Hot Springs where they raised their daughter, Heather, and son, Joee Ray. In 2003, 2015, and 2017, Joee Redington was instrumental in transforming the community of Manley Hot Springs into the third checkpoint on the Iditarod Trail when the race restart was moved to Fairbanks due to poor weather conditions. 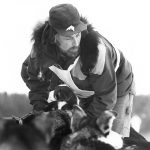 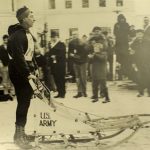 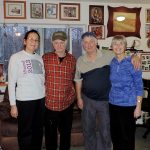