A look at the Field as evening nears on Day 2

The first 14 mushers are in Tanana. And that is just the beginning. Jeff and Mitch just pulled in. They are a little more than 4 hrs behind Martin Buser. Often, at this point the field is already a bit more defined, as Rainy Pass, or the Farewell Burn already have thrown ” in a wrench ” for some teams. This race trail though, has been near perfect. No obstacles. The weather has not posed a challenge. That means most teams can run to their respective schedules. Talking to the mushers, they are generally happy with where they are at. Most comment that they are a bit further ahead than they had thought. That is also partially due to the mileage being a bit off. This past run was advertised as 66 miles, but my speedometer showed more like 58. Aliy said, ” Man this was a short run, it more felt like 50 something miles. ” Technically looking, Aaron Burmeister is actually in 2nd place into Tanana, as he started way back as number 63.

Here a few more shots of the last 3 teams I caught on camera. Jessie Royer, all bundled up for the cold, then Dallas coming in followed by Kelly Maixner. I am a bit surprised that Jessie decided to stop here. She was camped out 20 miles out of Manley. That made the run in here 38 miles short for her. Time will tell how long she will rest and also what the other ” campers ” of Mitch Seavey and Pete Kaiser will do. 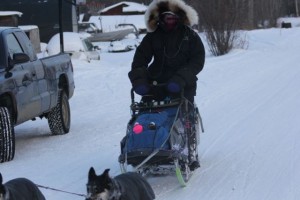 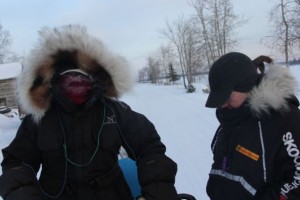 Jessie getting checked in 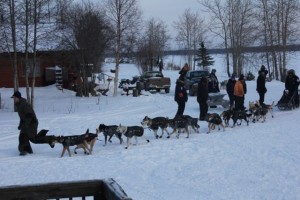 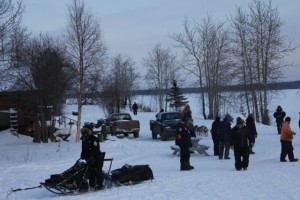 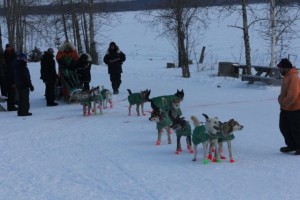 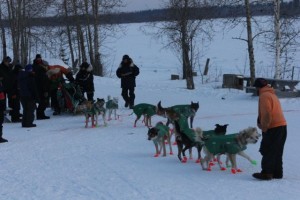