This is pretty tough to write. Brent Sass has been disqualified from Iditarod 43. He has used a device which is capable of two way communication. As per race rules, that is not permitted. Brent did not argue the matter. He gave an interview on the Insider with the details. What a disappointment. He was running a great team. 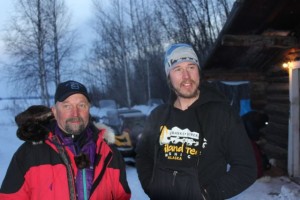