Dallas Gone Through Galena in a Hurry

First 2 Teams out of Galena. Aaron Burmeister told me last night in Ruby that he planned to go through. He left at 6.26 a.m. He now plans to camp on his way to Huslia and then take his 24 hour layover there. 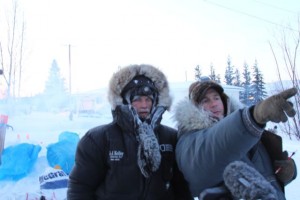 Jon Korta telling Dallas where the hot water is

Dallas Seavey packed up some food and got hot water for his cooler. That indicates he is not going to run too far and then camp out to feed his team. In these temperatures, its 20 below again, food would otherwise freeze too quickly in the cooler. I did not see Dallas leaving and Insider Bruce Lee said : “ Dallas was leaving with urgency.” He was mostly interested in how long ago Aaron had gone through the checkpoint. Dallas and Aaron had a clear plan. Dallas went as far as snowmachining this new stretch earlier in the year to get the lay of the land and build his strategy. People like him do not like to leave much up for the unknown.

The checkpoint in Galena is very well run. Jon Korta seems to be the man in charge again. Having run this race himself, he knows what is important to mushers. And he has assembled a stellar crew to help. The toboggan is already loaded with the food drops for the next mushers arriving. Hugh Neff should be next. I hope to get some pictures. 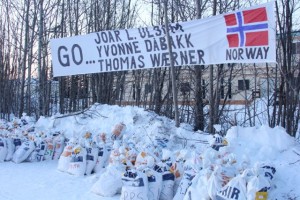 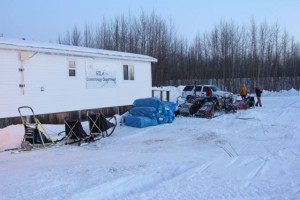 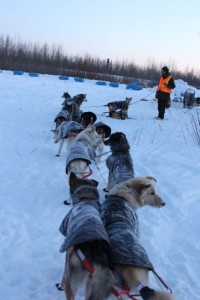 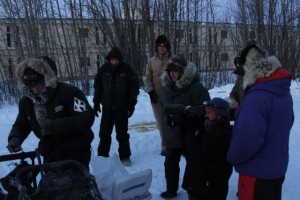 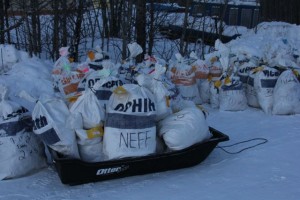