Just because a tracker blip does not move down the trail as planned, does not mean a musher is in trouble. It specially does not mean a musher is treating his or her dogs badly or over running them.  It neither means a musher is penalized or the world is coming to and end. Mushers have the freedom to decide to stop anywhere along the trail. They can leave a checkpoint and can return, if they think their team needs extra rest. They can also stay longer than a mandatory rest. Even IF a team is stalled on the trail…., it is important that we give them enough time to move on under their own power, before offering them assistance, which ultimately would disqualify them from the race.

When Jessie Holmes arrived here in White Mountain last night at 2.06 a.m. he right away said, that he had no interest in leaving at 10 a.m. and ultimately run into the heat of the day. His team had the fastest runtime over from Elim with 6hrs and 46 minutes, by a large margin. To Jessie fast runtimes seem to be more important than actual placings. That is his own personal choice. He is in the checkpoint, feeding his dogs extra meals and entertaining groups of tourists here to watch the race. He will continue, once the temperatures start to drop later this afternoon.

Jessie did also not stall on Norton Sound. He made a conscious decision to return to Koyuk. Neither did Matt Failor stall at the Shelter Cabin past Shaktoolik. He returned to there, to give his team extra rest. That is exactly why those cabins exist. Mushers can make scheduled stops there, or they can look for shelter in bad situations. But just because a musher sits at a shelter cabin, does not mean he or she is in trouble. Matt Failors team looked exceptional here in White Mountain, barking up a storm upon leaving. The extra rest clearly shows in both teams.

Here is a picture of Jessie in White Mountain with Iditarod fans Jayne, Jason, Etaine and Cheryl. They specifically flew out from Nome to see mushers in the White MountainCheckpoint and could not have picked a better day. Iditarod brings people from all corners of the world together: Australia, Irish and Kansas are represented here. 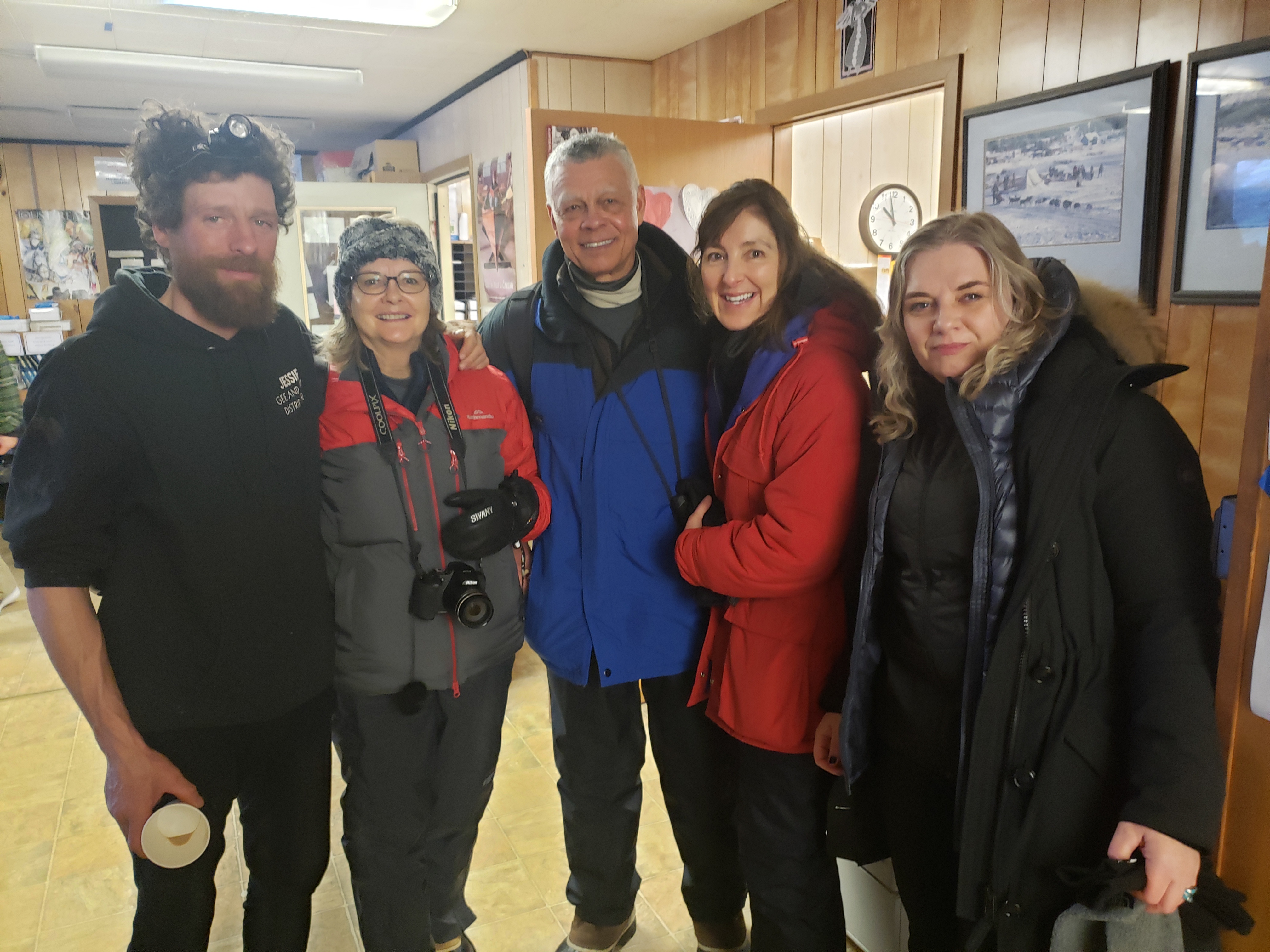 And to thwart off the next rumor, Aaron Peck is enjoying the hospitality here too, currently napping in one of our favorite chairs, waiting for the temperatures to drop. 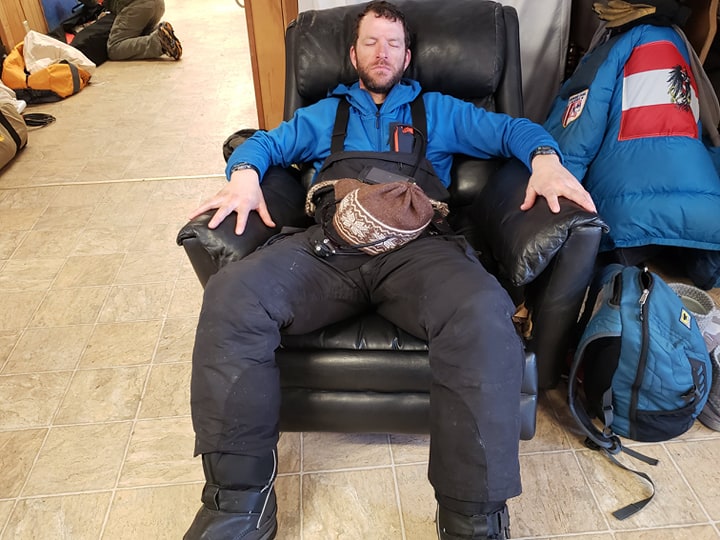