Joar Leifseth Ulsom out of White Mountain in 2nd place

Current Iditarod Champion Joar Leifseth Ulsom was the 2nd team to leave White Mountain after his 8 hour mandatory rest. While his team travelled a bit faster to Elim, Pete Kaiser was 36 minutea faster into White Mountain. Those teams are fairly equal in speed.

Joar left a minute late, but his team left less hesitant than Pete’s did 40 minutes ago. The Race for 1st place is ON!

Looking back down the trail, of teams out of Elim, Iditarod 2019 is throwing another twist. After already stopping on the ice en route to Koyuk, 3 Time Iditarod Champion Mitch Seavey has returned to Elim after leaving at 16.05. He is back in the Checkpoint! According to the checkers there, he came back in and said: ” I need another cup of coffee”.

Matt Hall rested for 3 hrs and 44 minutes, and he can feel the heat now, with both Travis Beals and Paige Drobny resting about 1.5 hrs shorter. I would not want to have Paige Drobny’s powerful team breath down my neck out there. It is nice to see Paige putting on the heat. She has taken a break from Iditarod for 2 years. She previously ran 4 times, with a best finish 25th in 2014.

Sorry, did not get much for pictures of Joar Leifseth Ulsom leaving. 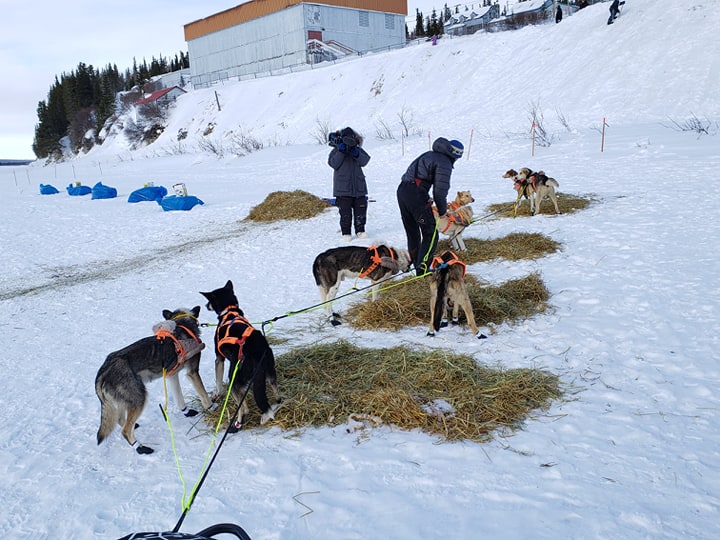 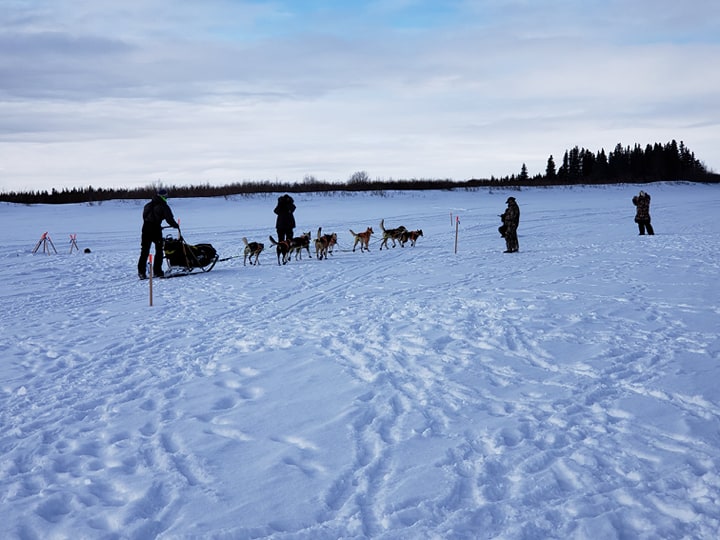