Another cold morning. The thermometer reads minus 35F on the iron dogs. No plug in here either, so we have not attempted to get them going. Now adding this half an hour later, the 600 had a hard time starting, the 900 fired right up. Back in business. You know it’s cold, when woodsmoke coming from a cabin chimney heads straight for the ground. 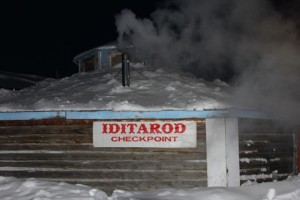 The race is on and the front group has a new member; Jessie Royer from Montana has slowly made up time and caught up passing Mitch Seavey resting here in Kaltag. Most likely she will also go to Tripod Flats cabin. Jessie should get there around the time Aliy will pack up and go again. The cabin should be warm for her. Tripod cabin is a beautiful and usually quiet spot to stop. It is a 64 mile run from Nulato to Tripod; that is a long one. They should rest anywhere from 4 to 5 hr there. 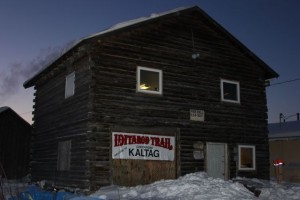 I am curious to see if Dallas will stop halfway at Old Woman Cabin or if he now tries to run straight to Unalakleet. With Jeff King and Aaron Burmeister having done mostly long runs leading up to this point, I think both will try to run to Unk in one shot. Aaron and Dallas travel close to the same speed right now. The trail leaving Kaltag is always slow. This ancient portage sees a lot of local traffic, and of course the Iron Dog comes through, too. That means lots of moguls, slow going, and steady uphill travel too. 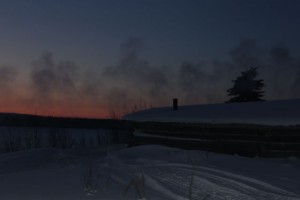 Mitch Seavey has just left the checkpoint and there are 3 more teams resting here. Joar Leifseth Ulsom, Pete Kaiser and Wade Marrs. Hugh Neff should arrive within in the next hour.

We are headed down the trail to Unalakleet. Ahhh, I can already smell the “Peace on Earth” pizza. And I have been out of Diet Coke for 12 hrs now, poor Tim…. 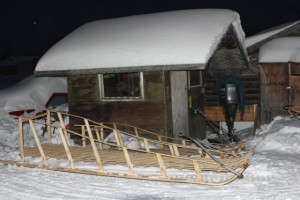 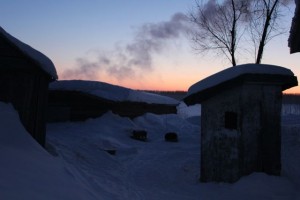 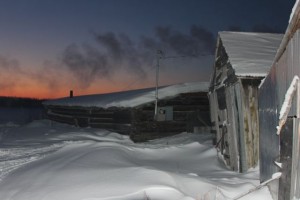 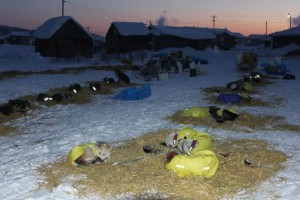 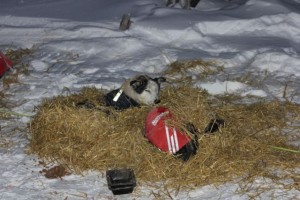 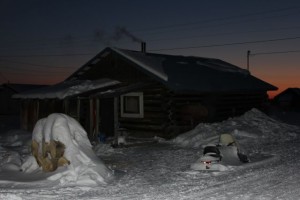