When Joar came in I asked him how it was: ” Just beautiful,” he responded with a smirk on his face. 8+ hrs run from Shak says it all. Same as last year, Joar Leifseth Ulsom is putting in a strong run up the coast. He has been steadily climbing in the standings. This morning in Shaktoolik I gave him a hard time while sitting in the checkpoint building: “What are you doing in here, the trail is that way out there? ” Well, he did not spend much time in Shak after all and made sure he got out ahead of 4 time Champion Jeff King. For a younger generation musher, that feels good, to pass a grand champion. It gives a real mental boost. 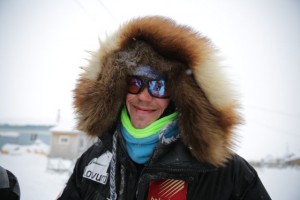 Joar is also having a slow long run over here. It has begun to snow, visibility is down to about 2 miles, nothing drastic yet , but it sure does not help the overall traveling speed.

Looking ahead on the trail, Dallas Seavey now has dropped to the 6 mile an hour speed too. It is his turn to break trail. Aaron took off a little while ago. This time his dogs have scent to follow. Both mushers are driving 11 dogs. Being out front means that you have to steer your dogs by voice command, if they do not see a distinguishable trail.: Geee… haw….. straight ahead….. gee… and so on. That is taxing on both musher and dogs. 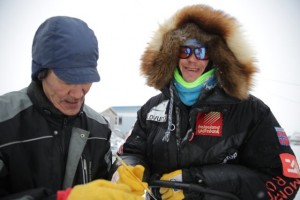 Behind Joar, Jeff is doing about 5 miles an hour. Nobody is breaking any trail speeds right now, that is for sure.There is a big gap between 7th place and 8th place. Nobody has left Shaktoolik yet. Pete Kaiser and Wade Marrs had a tough long run over from Unk with 9 plus hours. They will need to take a good long rest to tackle this difficult run. They will be able to see on the printed out time sheets that the stretch ahead of them is not easy going. 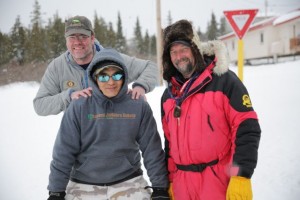 A musher I like to point out is Jason Campeau. He arrived in Shaktoolik in 11th place with 11 dogs. He is a true rookie, with this being his first season of running 1000 milers. He finished the Quest a few weeks ago in a respectable 7th place. If he can make up one more spot, he would achieve a Top 10 placing in both races in his first season of racing. I am not sure that ever has been done. He does have an experienced coach with Jake Berkowitz. Nevertheless, out on the trail, it is Jason who has to make the right choices, and to this point he has done that very well. 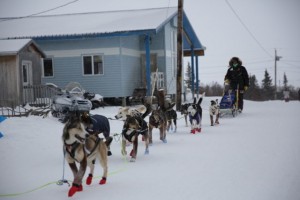 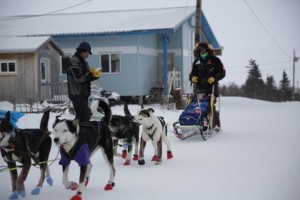 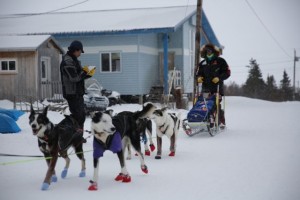 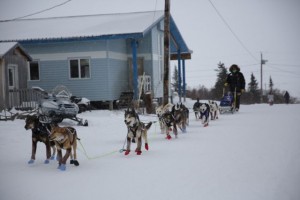 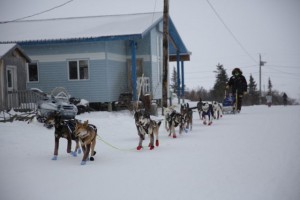