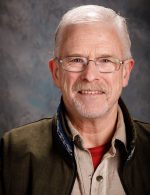 Jeff King, 63, was born and raised in California, and moved to Alaska in 1975 in search of adventure. He quickly became interested in dog sledding and Alaskan huskies, devoting all his spare time and money to building his own team, while developing a construction business. He began racing in 1980. His competitive nature and athleticism had found a new outlet, and Jeff set his sights ever higher, entering his first Iditarod just one year later. In 1992 he decided to devote his full time and energy to training and racing, setting aside his construction business. He won his first Iditarod the following season.

Jeff enjoys living just outside of Alaska’s Denali National Park and sharing his life with his 40 sled dogs, one of which spends a lot of time on the couch. In the summer months, Husky Homestead welcomes visitors from around the world to watch his sled dogs in action, hear stories of adventure, learn about Alaskan Huskies, the tradition of dog mushing and the life and spirit of Alaska, the last frontier.

Jeff has three grown daughters, Cali, Tessa and Ellen, and is a proud grampa to three grandchildren. All three daughters ran the Jr. Iditarod and Cali finished the Iditarod.

Jeff has an outstanding race record, including a Yukon Quest victory in 1981, nine Kuskokwim 300 victories, and four Iditarod victories.