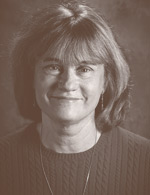 Kathleen Frederick was born in Bryn Mawr, Pennsylvania and spent fifty years in southeastern Pennsylvania before relocating to Juneau, Alaska in 2002 to pursue her passion for outdoors activities. In Pennsylvania, Kathy was a teacher and a librarian before becoming an attorney. Since moving to Alaska, Kathleen has practiced law in Juneau and in the Mat-Su Borough, has served as a mediator for the Alaska Court system, gives lectures about sled dogs for Alaska Excursions in Juneau during the summer, has been a member of Rotary, has served on the Board of United Way of Southeast Alaska and the Juneau Chamber of Commerce, and currently serves as a Commissioner for the Alaska Public Offices Commission (APOC).

Kathy first learned about sled dogs and the Iditarod on her first trip to Alaska in 1995 and was hooked on dog sledding after she first stepped on the sled runners during a family trip to Maine in 1996. The Iditarod fascinated her because it was a journey across Alaska by dog sled. In 2000, Kathy acquired her first sled dog, Kenai, and did some skijor racing before moving to Alaska. However, being a single mom meant postponing her Iditarod dreams until her two children finished high school. In 2006, Kathy began building her Iditarod team and in 2009 completed her Iditarod qualifiers and took part in the Serum Run. Kathy operates Shameless Huskies Kennel; there are 21 racing huskies in the kennel, in addition to Kenai, who is now retired.

According to Kathy, the past three years of running dogs have been absolutely magical. Kathy, who will be 58 by the start of the Iditarod, hopes to take a happy, healthy dog team to Nome and to see remote parts of Alaska with 16 or her best friends. Her mentors who have given generously of their time and knowledge, have included Chuck Weiss, Frank Turner, Deborah Bicknell, Frank Sihler and Jeff Deeter. Kathy dedicates this race to: Kenai and Chena, her first two sled dogs who are now retired; to Nome, her first leader, who is still a member of the racing team; and to her children, Christopher and Laura. Kathy lists her hobbies and interests as hiking, cross-country skiing, kayaking, canoeing, reading, snowshoeing, running, traveling and skijoring.