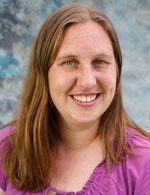 Jaimee High, 32, was born in Coeur d’Alene, Idaho. “I graduated from Timberline High in Boise, Idaho in 2001 and received my B.S. degree in Digital Media from Full Sail Real World Education the following year. Although my love for photography has guided me educationally, I’ve always known that my true passion was working with dogs. It wasn’t until the seventh grade that I learned about Iditarod. The thought of crossing 1,000 miles of rugged Alaskan wilderness with nothing more than me and a team of my most trusted companions was exhilarating. This causal discovery quickly evolved into a dream; a dream that I would chase for the next sixteen years of my life. A dream that, in 2002, was nearly crushed. Shortly after graduating from college, I was struck by a drunk driver, leaving me badly injured for nearly six months. In March of 2008, after a long recovery, I made my first journey to Alaska to witness the infamous start of the Iditarod. That same fall I was blessed with the opportunity to work for DeeDee Jonrowe, my new-found friend and mentor. In 2012, my dream became reality as my team and I took on Iditarod and we conquered the 1000 mile trail. The following September I married my closest companion, Justin High. Since my rookie year, Justin and I have successfully started a kennel/sewing business of our own (The High’s Adventure Kennel). We share our home with our two year old English Bull Dog, Mr. Collins, and our seventeen year old retired sled dog, Sidney. As brutal as it can be at times, I miss the sensation of the trail. I’ve come a long way since my rookie year and I look forward to facing the challenges that await me in Iditarod 2015.”