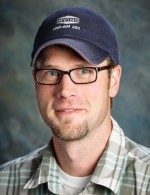 Ryan Anderson, 35, was born and raised in a dog mushing family in Minnesota. He’s been around the sport of mushing since he was five years old and has been mushing competitively since the age of 10. When he was 17, he came to Alaska to run the Jr. Iditarod. Since high school, Anderson has wanted to make mushing his career. He’s won the Beargrease twice, the UP 200 six times and had many other top finishes. In 2017 he will finally fulfill his ultimate goal of racing in the Iditarod. In the off season, when he is not racing, he is a carpenter for a construction company on the Canadian border. Ryan and his wife, Missy, operate AnderTier Racing Kennel, which is home to about 40 Alaskan Huskies. He says he enjoys “anything outdoors.”