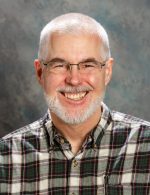 Mark May, 60, was born and raised in Wisconsin and Michigan. Mark is an avid outdoorsman who loves his dogs, dog mushing and enjoying the Alaskan wilderness. He started mushing in 1974 and has owned his own team since 1989. Mark completed his first Iditarod in 1998, finishing 20th, winning rookie of the year He claims that his wife promised he could run the race again once the kids were grown and out of the house. Now, 19 years later, as his youngest heads to college, he figures it is time to hit the trail again. He is looking forward to visiting the villages and spending time with his dogs traveling down the historic Iditarod trail. They are the parents three adult children, Sophie, Gus and Margaret.