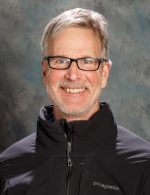 Mark Selland, 59, was born and raised in Minot, North Dakota. He received his BS degree in biology from the University of North Dakota followed by his MD from Washington University in St Louis. After completing his medical training in Seattle and Denver he moved to Anchorage where he has worked at the Alaska Heart and Vascular Institute as a general cardiologist for the past 20 years.

Four years ago (at the urging of his wife Kathy) he started handling for Anchorage musher Robert Bundtzen. Since then he has used the Bundtzen team to complete the Copper Basin 300 three times and the 2015 Iditarod. He looks forward to spending another winter working with dogs, improving his dog handling skills and dealing with the many interesting challenges that come with mushing and preparing for Iditarod. When not mushing he is working on his guitar chops, climbing, fishing, running rivers, hanging out at his cabin in Cooper Landing and planning more adventures.