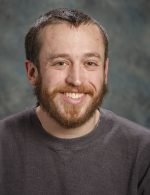 Dave Delcourt, 30, was born and raised in Queensbury, New York. He graduated from State University of New York at Cortland with a B.S. in GIS. After college, he left New York for Idaho where his first job was with the Student Conservation Association. He said he’s lived New York, Idaho, Massachusetts and Michigan and done trail work, trail inventory and dog sledding. He began mushing in 2012 and came to Alaska in 2014 to be a dog handle for Team Redington. Dave says, “I’m running Iditarod this year to get another team of puppies to Nome and because I enjoyed running in 2017. I’ll be running dogs from Whoa Mushing, operated by Robert Redington and Joe March. I’ve been running dogs for six years and can’t imagine doing anything else.” Dave is currrently working as a deckhand. He says he enjoys hiking, trying new things, food and friends.