Dallas Seavey 3rd into Unalakleet, and Planning to Leave ASAP

Earlier in the day it looked like Dallas Seavey might pull off the feat to arrive first to the Gold Coast Award town of Unalakleet. He made it within one mile of Aaron Burmeister. Then he stopped on the trail,  while Aaron kept on going and Aliy Zirkle eventually passed him. 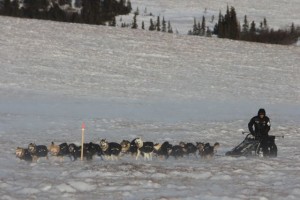 Once his dad Mitch caught up, Dallas packed up and pulled the hook. As I type this Mitch is still camping out. 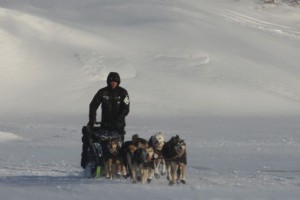 Once again Dallas is traveling at a fair clip, his tracker says 9.2 miles an hour. His speed went up again, after this rest.  He kept  his run about 50 miles long from Kaltag, followed by a short 3 hrs break. He has been playing this run short, rest short game for a while. 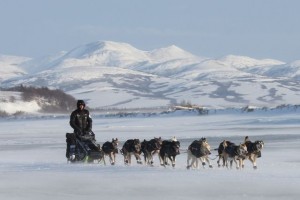 It is a wise thing to do when the temperatures are very low. That way he can make sure, the dogs get a good meal about 3 times a day, plus the wet snacks he is offering them during the run. His dogs have great body weight. 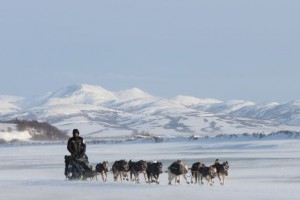 So do Aaron Burmeister’s dogs, although he is running an entirely different schedule. It was impressive to see how much they wolfed down here in Unalakleet. My gut feeling tells me, it is time to saddle up the iron dog soon, to head to even windier country in Shaktoolik. 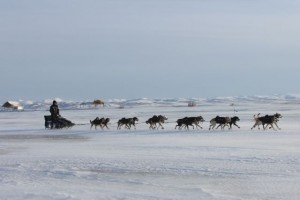 These photos were taken by Tim Krause about 3 miles before the Unalakleet Checkpoint, Less crowded there. Am still stuck with the office job, darn it. Dallas just ran into the checkpoint, grabbed some hot water, being trailed by reporter Emily Schwing. He is going to leave soon, that means us too. 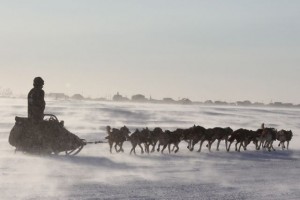 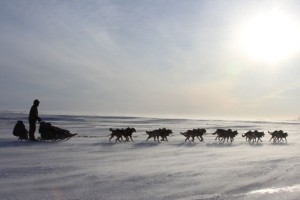