Digging Deep, Is What It is Going to Take

Driving back from the Iditarod Banquet last night it was raining pretty hard. Waking up this morning, I had hoped, that the rain miraculously had changed to snow over night, opening the curtains, revealed that did not happen. Real bummer. Fairbanks has received more snow last night and it is currently snowing along the Yukon River in Galena and there is another winter storm warning for Unalakleet. Once mushers  leave the Anchorage area, it looks like they will get back to a true Alaska Winter, with temperatures of 15 below and a blanket of fresh snow in Alaska’s Golden Heart City of Fairbanks for Monday. 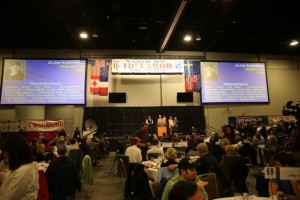 As Iditarod Rookie Heidi Sutter posted on her facebook site, with a picture of her official Mushers badge “It is getting real“, indeed it is. Who are going to be the real contenders in this year’s race?

When it comes down to it, most kennels in this day and age have genetically very proven dogs. Training has also changed greatly from the past, as where 1500 training miles were considered enough not too long ago, there are many teams with 3000 plus miles now. Wade Marrs commented that he had to put 12000 miles on his truck to get those 3000 training miles in. Bad weather or not, those mushers who want to be competitive will arrive at the starting line with a well conditioned team. De Dee even has gone as far, as working with a canine behaviorist to get a deeper understanding of some of her dogs’ psychological makeup. Others like Dallas Seavey have personal veterinarians to work with. To sum it up, almost no stone is left unturned during preparation for the last great race. 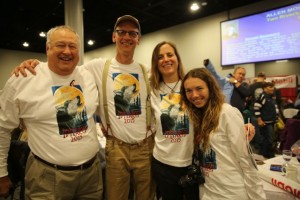 Yet, only 1 team can emerge at the Top of the list, at the end of the day in Nome under the burled arch. By mid-race, around the time mushers are taking their 24 hr layover, the group of possible contenders is still relatively large, with often 20 plus teams being within 3 or 4 hrs of the lead team. Then that group is steadily shrinking, often dividing into smaller groups, ’til usually by Koyuk only a very select group of mushers is really pushing each other for the win.

Strategies vary greatly, mushers like Robert Sorlie liked to go in the lead early and stay there. Lance would usually wait untill the half way point and then take command of the race. Notably the father and son Seavey have a more conservative approach with typically finishing strong and trying a bit of a come from behind strategy. Looking at the Finishing stats, the years 2007 to 2010 were known as the Mackey era, then John Baker winning in 2011 and now since 2012 Iditarod has entered the Seavey Era. Both Mitch and Dallas seem on top of their game. I liked both of their mental mindset they displayed during last night’s interviews. They are here to win, simple as that. 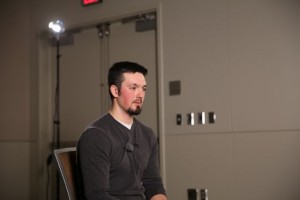 But they are not the only ones. Many other mushers say the same. Although, already in how they say it, are great differences. Some answer clear and straight with “ yes “. Yet others make “ inclusions “ or “ exclusions “… like if the conditions are this and that. I firmly believe that the pure willpower to win Iditarod these days is not enough to do so any more. Teams have to dig deep, very deep in order to pull the great feat off. There have to be other underlying factors some of them mentally present, others subconsciously there, of motivating that musher, to give all they have when it comes to crunch time. Martin Buser put it very well, when he states that these days the limiting factor are not the dogs anymore, it is more if the musher can stand up to the mental demands, specially the demands so little sleep brings. 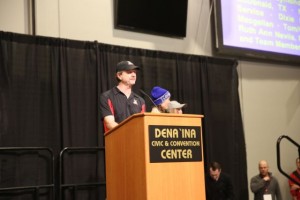 Time will tell WHO has that extra factor to push them to the top. Are we going to see a first time Iditarod Champion like Aliy Zirkle? After finishing 2nd three years in a row, she must be beyond hungry for a win. She is tweaking her team, with bringing in 5 younger dogs, extra youth so to speak, the partiers who stay up all night. Is it Brent Sass, who wants to duplicate the impossible possible of winning Quest and Iditarod back to back. Is that enough motivation in his mind? Is it Pete Kaiser, who now has entered the winners circle of the Kusko. Yet it is a long time ago, that a team which has won the Kusko, won the Iditarod I the same year, if I am not mistaken the last time was 2004. Thomas Waerner might be hungry to take the trophy back to Norway. He is running the best of the best from 3 different kennels, of what that country has to offer for long distance dogs. He has the weight of fans from all those different kennels, weighing on his shoulders.

Or are we going to see a past champion, someone like Jeff King, who really wants his 5th Championship, to pull equal with Rick Swenson. Yet Jeff’s recent 1000 Mile finishes have been not that glamorous with scratching 3 out 4 Thousand Milers he had entered. Jeff sure knows how to win, he has proven that before, he could be hungry enough and wanting to redeem those non finishes. If it is cold and windy and lots of flat river running, that could play well for past Champion John Baker. He seemed mentally not hungry when I talked to him. It sounded more like “ I am here because I enjoy being here and run dogs “. Now knowing John’s quiet demeanor, that could just be a façade. 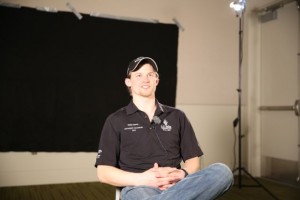 I flat out asked the Buser and Buser team, who is getting the A team this year. Martin answered straight up : ” me , one last time “. I would have thrown Rohn into top contention, if he had the A group ( sorry Martin ). I can see him being hungrier than dad. Also wanting to prove dad: ” Hey I can do this, I am as good as you are “, same as Lance was motivated to prove his dad that he too can be a champion. Then again, the elder Buser is always thinking outside the box and might want to hand over the sword with a bang, a 5th title, before really giving the A Team to Rohn. For all of you race fans out there. Martin Buser’s book ” DOG MAN ” is an absolute pleasure to read. A MUST HAVE for any Iditarod fan, I had the privilege to read an early manuscript, which had me glued to it and resulted in what ever I had planned that day, not getting done. I could not put the pages down.

Will it be the Seavey and Seavey teams edging each other out? After all, Dallas ran his lungs out last year, simply trying to compete for what he thought was first place, not wanting “ his old man “ catching him on the last miles. Mitch might think:  “ You wait young punk, this old man is going to show you something this year “.

One thing is sure: It will be a pleasure to follow along, be it for those of you glued to the computer screen, or those of us lucky enough to be out on the trail. Happy trails to ALL!

Please…. everybody …. snow dance, that the predicted more rain for tonight…. ends up switching to snow!