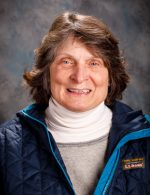 Cindy Gallea, 67, grew up on a farm in Minnesota where she experienced the pleasure of the outdoors and the good feeling of interacting with animals. She was first introduced to mushing in northern Minnesota in the late 1980’s. Initially she says she enjoyed recreational mushing and then began to enjoy racing. Her passion for mushing grew as she ran longer and longer races. “I love running dogs in a variety of situations and sharing the sport with others. But nothing is quite like the experience of running Iditarod and traveling with my team across Alaska. So, in spite of deciding, at least twice before, to retire from Iditarod, I’m back for one more run. I look forward to running my team which is a mix of some of my old buddies and some promising younger dogs. I hope we are blessed with good snow and can all work together to decrease our carbon footprint.” She graduated from the University of Washington in 1990 with a Master’s degree in nursing. She has worked as a nurse practitioner for the last 27 years. Cindy is the mother of two adult sons: Iditarod veteran, Jim, who still participates as a race official during the Iditarod, and Brian. She lists her hobbies as bicycling, canoeing, politics, family and friends.