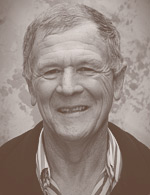 Bob Storey, 65, was born and raised in New Zealand. He graduated from the Royal Military College of Duntoon, Australia, in 1968 and followed that with New Zealand army officer training. His working career encompassed 25 years in the New Zealand army as an officer, building a cathedral in Auckland, working in central government and running a War Veteran's Home and Hospital.

Bob is now retired and moved to Willow, Alaska, in 2009 to prepare for the 2011 Iditarod Trail Sled Dog Race. He ran numerous dry land and sled dog races in New Zealand since beginning mushing in 2001 and since his arrival in Alaska, has completed his qualifiers as well as several other races.

Bob is married to Marilyn and they have one adult son, Robert.