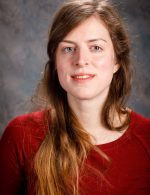 Emily Maxwell, 34, was born and raised in Iowa. She grew up in Iowa City, Iowa, where she earned degrees in Spanish, Journalism, and Literary Translation at the University of Iowa. She worked for years as a trucker, a studio model and a bartender and took part in every adventure that presented itself. She suffered a severe burn injury in 2013, which set her on the path to Alaska and mushing in January of 2016. She worked as a dropped dog volunteer in 2016 and 2017, gaining valuable experience working with dogs and other volunteers on the trail. Emily ran her rookie Iditarod in 2018, and she is proud and thankful to be running her friend Jessie Holmes’ dogs in the 2019 Iditarod. She thanks Team Petit and the many family and friends, mushing and non-mushing alike, who have helped her get to the trail. She currently works as a waitress and a Pilates instructor and said her hobbies are Pilates and surfing the Bore Tide.