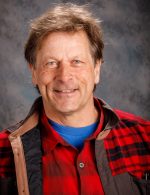 Martin runs the race each year with his dogs to test the success of their breeding, training and physical endurance. He regards his racers as true competitive athletes and prides his team on their longevity and spirit of competition. For nine years, Martin’s 2002 team held the record for the Fastest Iditarod by completing the race in 8 days, 22 hours, 46 minutes and 2 seconds.

Mile by Mile: Martin Buser’s Iditarod is a newly revised video. In partnership with Jeff Schultz and Sprocketheads, LLC and Little Frog Video, a unique journey from Anchorage to Nome with some of the most spectacular imagines ever assembled in a DVD was created. With a combined 54 years on the trail, Jeff’s photos and Martin’s trail stories make it possible for you to “be there” on the back of the sled! The video now includes insight into life with sled dogs.

Martin is currently the musher with the most consecutive Iditarod finishes, 33 races completed in row, 35 total finishes. He is a four time Iditarod champion winning the race 1992, 1994, 1997 and 2002. While the race is always the final exam, the year round interaction and relationship with the dogs is the most valuable aspect of this lifestyle. On a daily basis, we are amazed by the stamina, loyalty, honesty, and joy of our dogs. Author Brian Jacques went on a ride with Martin and the team many years ago and described the dogs as “eternal children.” We couldn’t agree more. It is our good fortune to be able to take care of them.