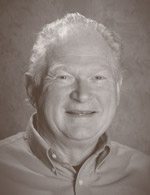 Al Hardman, 65, as born and raised in Hamilton, Ontario, where he grew up with a great love of the outdoors. He received a degree in civil engineering in 1966 and in 1979 developed Hardman Construction, Inc., a heavy construction company. Currently retired as CEO of Hardman Construction in Ludington, Michigan, he started mushing in 1990 with his two pet Samoyeds. He entered his first mid-distance race in January 1993, and he and his wife traveled to Alaska that same year to watch the beginning of the Iditarod.  That was the beginning of his addiction to the sport of sled dog racing. After setting up Alcan Kennels with carefully selected Alaskan Huskies, he ran his first Iditarod in 1997, saying, "That race was the best adventure I have ever undertaken. The thrill and challenge of the race made such a lasting impression that he ran and completed the Iditarod again in 2000 and 2002. In 2002, Al and fellow Iditarod musher, Lloyd Gilbertson, established the Seney 300, a 300+ mile/five day Iditarod Qualifier and training run, held in Michigan's beautiful Upper Peninsula. Their goal is to teach rookie and recreational mushers how to camp and run the 300-mile distance safely and without assistance. He is a member of the Lions Club, and the Mason County Foundation. Al says he enjoys hunting and fishing. He and his wife are the parents of five grown children: Kim, Karen, Jennifer, Tim, and Ted.