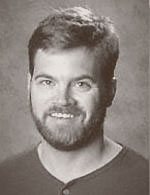 Randy Chappel, 38, lives in Southlake, Texas, with his wife, D’Ann and their two sons, Trenton, 4 and Wyatt, 2. Randy was born in New Mexico and graduated from Stanford University in 1989 with a degree in economics and stayed there to finish his MBA in 1994. He works as an investment fund manager. His interest in mushing began in January of 1999 when D’Ann convinced him to go for a dogsled ride in Alberta when they were on vacation. Later back in Texas, while talking to friends about how much fun they had had, they learned friends of theirs were friends of Aliy Zirkle’s. Randy & D’Ann began helping sponsor her. After watching her win the Yukon Quest in 2000 and compete in the Iditarod the following year, and after getting to run a team once himself, Randy decided he wanted to try to prepare for his own attempt at the Iditarod. Aliy and everyone else at her kennel helped teach him the ropes and during the 2003 Iditarod, he was thrilled to pull off a 29th place finish as a rookie. He is coming to Alaska this winter to run Aliy’s young dogs. Randy’s hobbies are mushing, ice hockey and hiking and mountains.