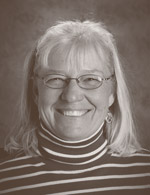 Sue Morgan, 58, is a native of Chicago who has spent a number of years alternating between residency in Alaska and Utah. After moving to Alaska from Illinois, she departed to attend Utah State University, where she received her BS and later her MS. Following graduation, she got a great job at USU and stayed. Alaska was a place she called home and one that was always in her thoughts. She returned to Alaska as a geologist in 1990 to attend the University of Alaska Fairbanks to do graduate work and field study in the Brooks Range where she spent six summers in what she describes as "a magical place." "Ten years ago I took a beautiful malamute that needed a home and thought I would skijor with him. Got a second malamute mix that also needed a home. Turned out neither wanted to pull so after a few years of not going anywhere, I decided to try ‘real' sled dogs and bought three (3) from a racing kennel in Alaska – I was hooked! My kennel grew and grew. I ran distance races and thoughts of running the Iditarod started dancing in my head. It was a dream that became reality in 2006, Unfortunately, I scratched and thought my distance sledding might be over until this spring. The dream of going to Nome with my dogs gripped me again and didn't let go, so we are back on the trail." Sue is currently a geology professor at USU. She is married to John Martin and says she enjoys hiking, gardening, camping and cooking.