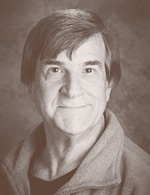 James Bardoner, 62, was born and raised in Pennsylvania. He received his B.S. in chemistry at the University of Miami in 1977 and his M.D. in 1983 at Central Escuela Tecnica. He has been practicing medicine since 1990 in Chattanooga, Tennessee. He says, “As the father of nine children, I have tried to raise them with the philosophy that they should dare to dream and have the courage to live their dreams. I have been dreaming of running the Iditarod since we stopped at Jeff King’s Husky Homestead in 2004, and my wife confirmed my idea. I worked as a volunteer in Comms from 2005-2008 and went to both Cripple and Iditarod. I began training with Doug Swingley in 2008. I required surgery in 2009 for a mushing related injury and returned to complete the Seeley Lake 200 and the Race to the Sky in 2010.” Bardoner has had other adventures during his time of training for the 2011 Iditarod that can be read on his face book page or his blog. He is married to Diane and they are the parents of adult children, Jennifer, James, Melissa and Alicia and Micah, 17, Erin, 13, Matthew, 10, Tian, 8 and Noelle, 2. He is a member of the American College of Emergency Physicians, the Tennessee Chapter of the ACEP, the Wayside Presbyterian Church and the Tennessee Aquarium, where he is a volunteer diver. He lists his hobbies as bicycling, hiking, camping and scuba.