This year’s Iditarod will be different for many reasons, one being the actual route that teams will follow. For the first time, mushers will race out to the ghost towns of Iditarod and Flat and then BACK along the same trail, which will take them through some of the most challenging portions of the course again. That means teams will be asked to traverse the highest elevations of the course as well as the “Steps”, the Farewell Burn, and Dalzell Gorge not just once, but twice.

This year’s route is named the “2021 Gold Trail Loop” and after looking at the path of the course I was reminded that there was a musher who ran almost this exact route just last year! 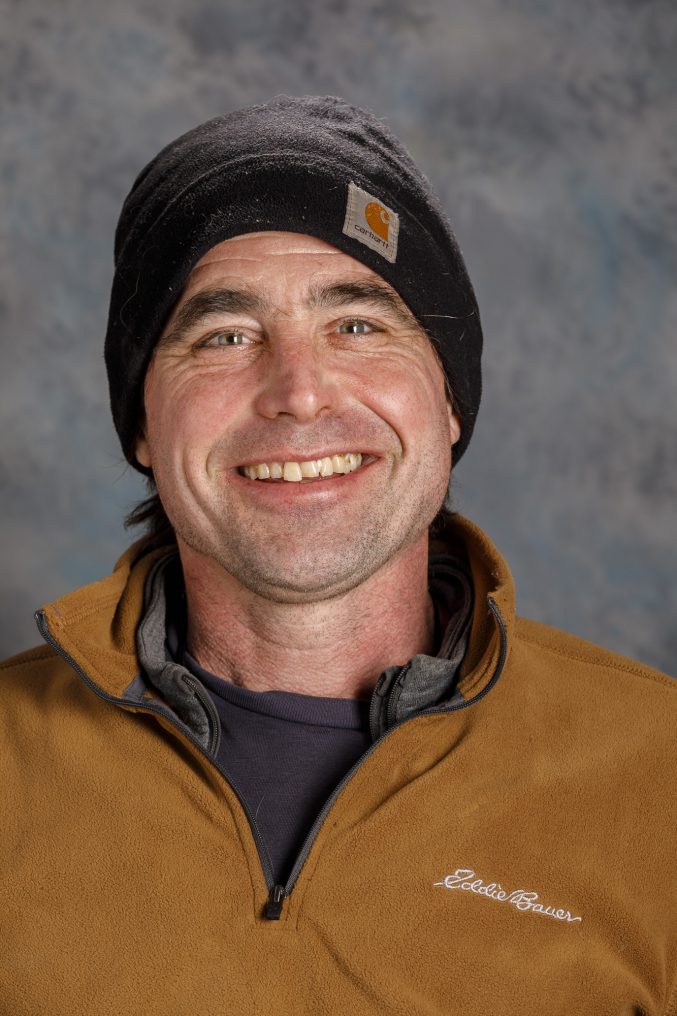 During the 2020 Iditarod race, Jeremy Keller made it all the way to Nikolai with his team, when he decided to scratch. What he decided to do next was to have a “great adventure” by taking an extended camping trip back to his home in Knik. He still had his GPS tracker from the race, which would allow the ITC to be aware of his position and help ensure his safety back. His entire experience seemed amazing and also incredibly timely given the route of the trail this year.

I reached out to Mr. Keller, and was able to talk to him about his adventure, and get some other insights about completing the trail from Nikolai in reverse.

Here is what he had to say, and what the mushers and onlookers might expect from the Gold Loop Trail in 2021…

“Iditarod for me, and for a lot of people, we do it for a big life experience. It’s not just just an adventure, but it takes you into a whole new realm of consciousness if you allow it to. A lot of that has to do with the nature of the journey. This is a social dance through the wilderness. What I can tell you is going backwards on this trail is a lot harder than going forwards. Most people don’t realize that. The main thing is that this trail is designed to go forward. Going backwards will present a set of challenges that at least will make it unpredictable.” 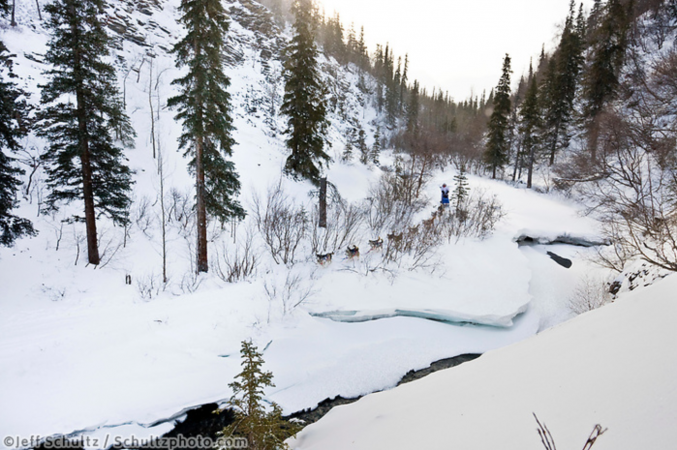 A team mushes along Dalzell Creek in the Dalzell Gorge on the trail between Rainy Pass summit and Rohn during the 2010 Iditarod, Southcentral Alaska. Photo by Jeff Schultz/ (C) 2020 ALL RIGHTS RESERVED

“The whole thing was a ball the whole way and there were some challenges. The first one was in the burn. [The burn” refers to the “Farewell Hills” area that was the site of one of the largest wildfires in Alaskan history. It is also historically known to have little to no snow and lots of tussocks; huge bumps of grass roots that create an undulating trail. It’s tough going for the mushers. That might end up being the hardest one for some people because of the banking of the trail.

Even Dalzell Gorge. You think, oh, go up Dalzell Gorge, that’s a piece of cake, but that’s not the case. Part of the reason is that there are plenty of downhills when you go backwards; they are not very long of course, because the whole thing is going down a gorge, coming off the Alaska Range. But the big one is from Pontilla Lake to Finger Lake, and that is where it’s going to be challenging. That’s big tree country, it’s already a rollercoaster, it’s a Six Flags event. It’s 30 miles and its big trees and its established corridors over 50 years old. But once you get to Finger Lake it’s no problem. Finger Lake to Willow is easy.”

When asked about his thoughts on the changes in the race this year, Keller stated

“I think it’s absolutely admirable, and beautiful; it’s the spirit of Iditarod. It’s like ‘Hey, we’re not shutting down for nothing or nobody’, if we have to do it this way, then that’s awesome and congratulations to them.”

Teachers AND FANS! In addition to this preview, check out the schedule below of all the upcoming events. Be sure to sign up for Insider so you can catch as many of the pre-race festivities as possible! 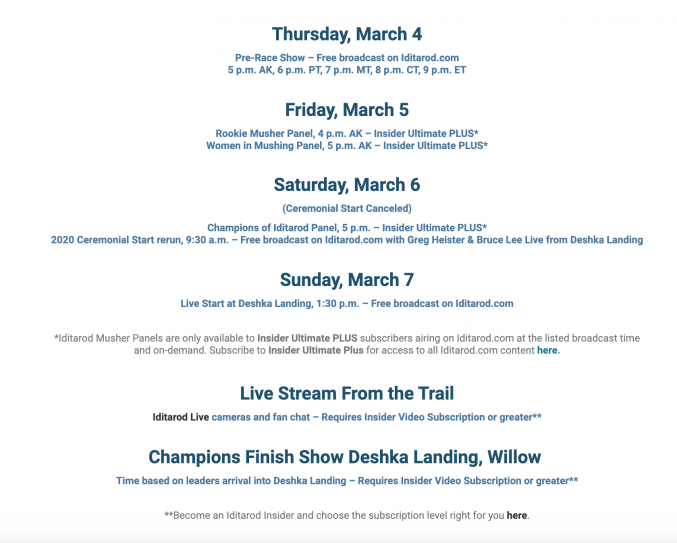