As Martin Buser said in a recent Facebook post, the next stretch from Nikolai to Skwentna will be just like Mr. Toad’s Wild ride! There are many unknowns on the return trip, and mushers need to be prepared for anything.

Here are the current standings (according to the Iditarod GPS tracker) as of 9:33am AKST. 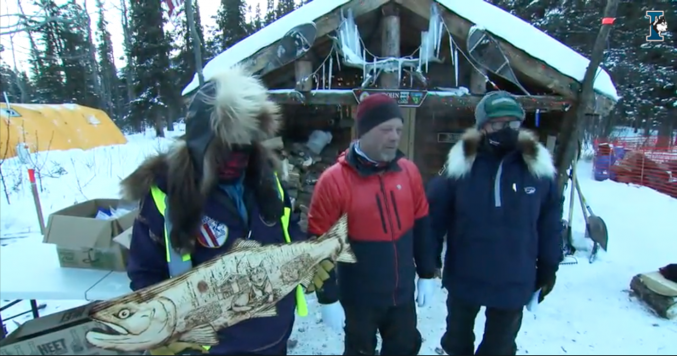 Here are some of the most recent updates from the trail:

Tune in tomorrow for the return of our  student reporters!

Question of the Day:

Is there anything the mushers do to help them go faster?

There have been some changes over the years to improve technique and performance since the inaugural Iditarod in 1973. Mushers are always looking for new and innovative ways to move down the trail faster and improve their times. 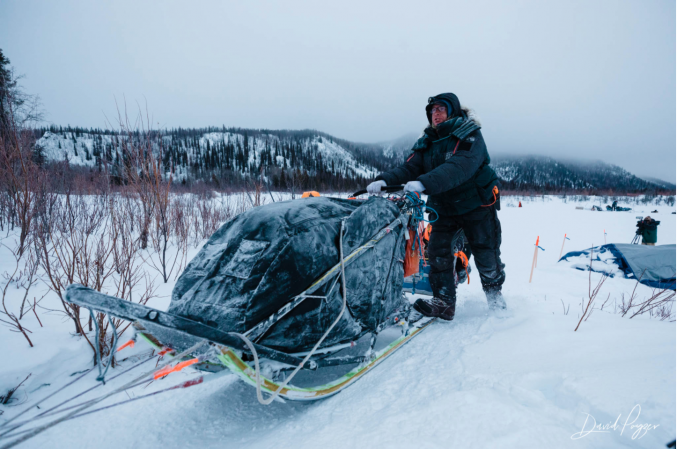 A common sight along the Iditarod trail is a musher using one foot to push off the ground to help propel their team faster down the trail. A parallel to this would be a skateboarder pushing off the ground to go faster. This is called pedaling.

Another common action mushers take is actually jumping off the sled completely and running alongside it while holding onto the handlebar. This is done most often on uphill runs to lighten the load and make things easier on the dogs. It also helps to keep the team moving at a faster  speed.

“Poling” or the musher’s use of ski poles to help push a sled along the trail is one way to increase speed that has become a more common occurrence in the race. However, there are other methods, such as using a sail, that have not been. (Be sure to check out my monthly post tomorrow – Moments with Mushers: How the Race Has Changed – for an interview with Martin Buser about his use of a sail!) 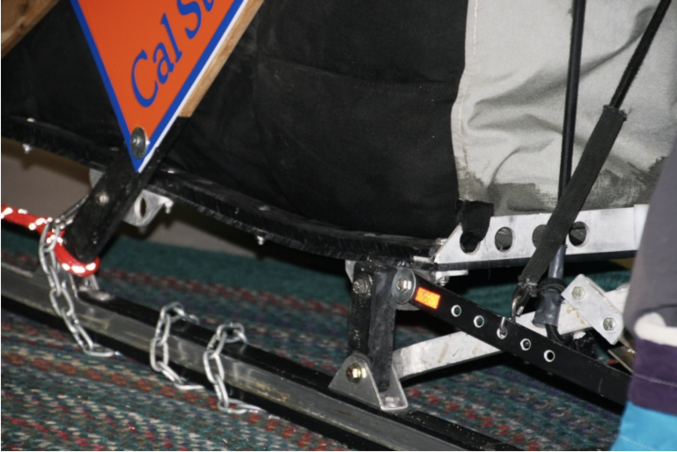 This year, mushers are also using several new types of equipment to help them actually go slower through some of the more challenging parts of the trail. The braking system on a sled is an extremely important part, and this year due to the mushers traversing the Alaska Range twice, they are coming up with ways to help them manage those tricky downhills. One common way is to wrap a chain around the runners of the sled in order to gain more traction and slow the sled down.

Teachers: Use this idea to have your students do a STEM project to design a NEW way to help the sleds go faster (or slower) down the trail. See what they can come up with!