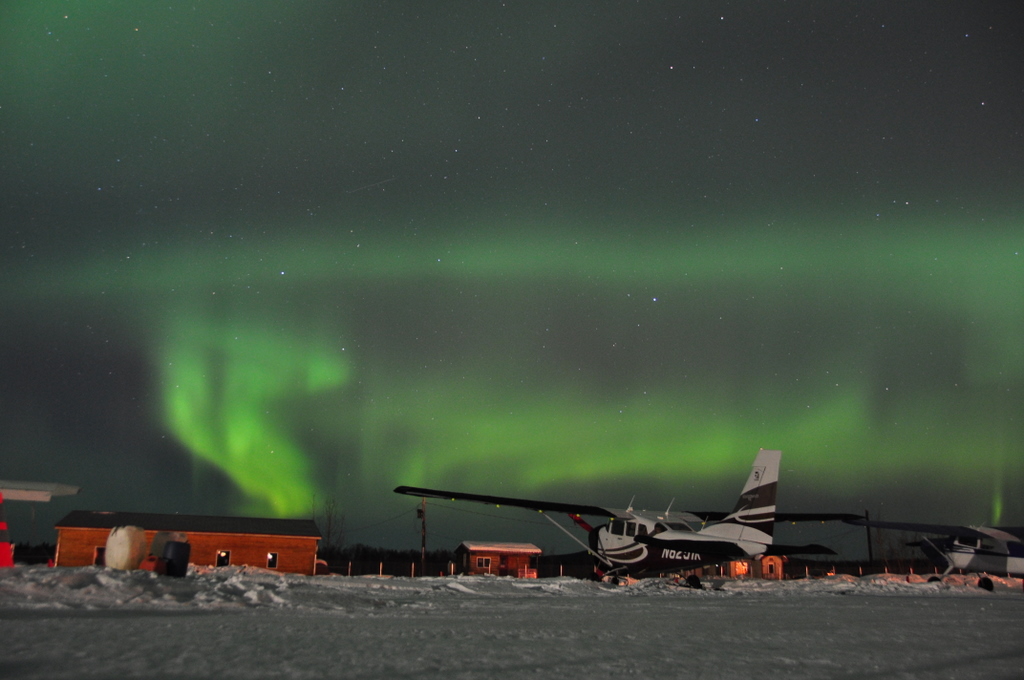 In Takotna a week ago, the Northern Lights appeared brightly, shimmering green. A friend sent me photos he took of them that night; to photograph these, a tripod is necessary because it’s difficult to hold a camera still enough.

This site, http://www.gedds.alaska.edu/auroraforecast/, gives aurora borealis forecasts as to how “good” the night’s show will be. The night I saw them, the forecast was a 4. These lights are a natural light display in the sky, caused by the collision of charged particles directed by earth’s magnetic field. They are especially easy to see in the polar regions.

The Northern Lights were named after the Roman goddess of dawn, Aurora, and the Greek name for the north wind, Boreas.

Chemistry classes—research this light phenomena, illustrate the process by which it happens, visit the site above for information on the Northern Lights. 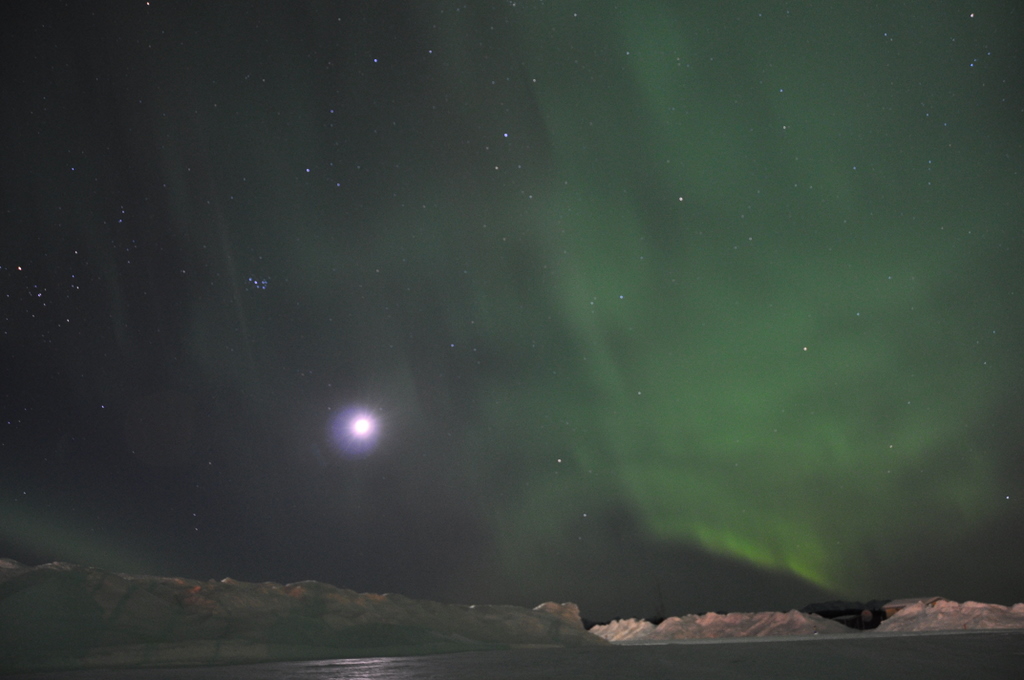