Paws Along the Trail with Pilots

I have had a lot to learn.  When we were driving up to the start of the Junior Iditarod in Knik a few weeks ago, I wondered how long you could drive to the checkpoints along the Iditarod Trail before you had to fly.  My mentor glanced sideways at me and said, “This is it.”  I didn’t know that.  Once the mushers leave Willow Lake at the start of the Iditarod, that’s it for the road system.  Residents of all the checkpoints must fly to get places in the winter.  Snow machine is another mode of transportation, and of course, dog team.  It’s a whole different way of life than many of us live. 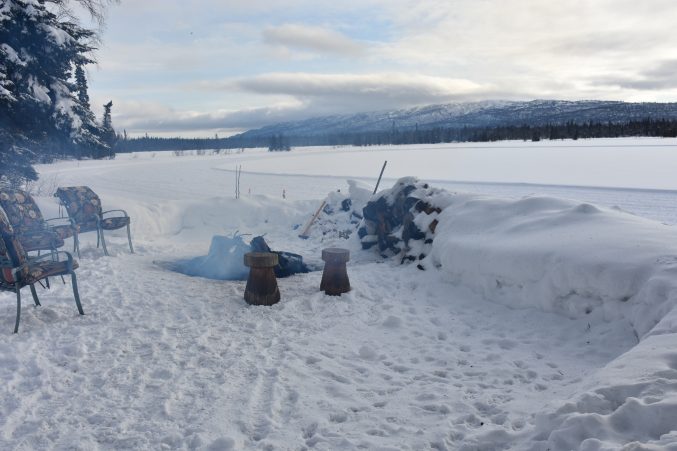 Eagle Song, a checkpoint on the Jr. Iditarod, is accessible by dog team, plane, or snowmachine in the winter.

Rivers are frozen and are nice “highways” for snow machines and landing strips for small planes.  Mail must be flown in along with Amazon orders or groceries.  For most doctor’s visits…you fly out.  They have things called Air Taxis where you can call and have a plane fly in to pick you up if you need to go somewhere.

Pilots volunteer their time for the Iditarod.  These people were so positive and upbeat, flying people, supplies, and dogs throughout the race to otherwise unreachable villages.   I was fortunate to ride along with several of the pilots.  Flying in the little planes was just like riding in a car, except you could see wonderful views of mountains and rivers! 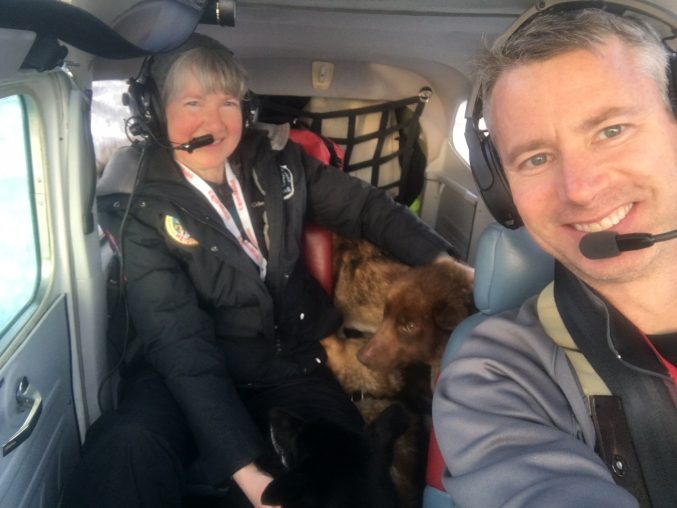 A flight with the Iditarod Air Force

Not a lot has changed since the early days in Alaska’s interior when it comes to transportation.  Dog teams were extremely important, but once snowmobiles (or Alaskan term, snow machines) were brought to Alaska, Joe Redington, Sr. was concerned about the decline of the sled dog.  He said:

“When I went out to the villages in the late 1950’s where there were beautiful dogs once, a snow machine was sitting in front of a house and no dogs.  It wasn’t good.  I didn’t like that.  I’ve seen snow machines break down and fellows freeze to death out there in the wilderness.  But dogs will always keep you warm and they’ll always get you there.”

He wanted to preserve the Alaskan sled dog and the Iditarod Trail which had been a mail delivery trail and a gold mining trail.  Redington was the driving force behind starting the Iditarod Race in 1973. 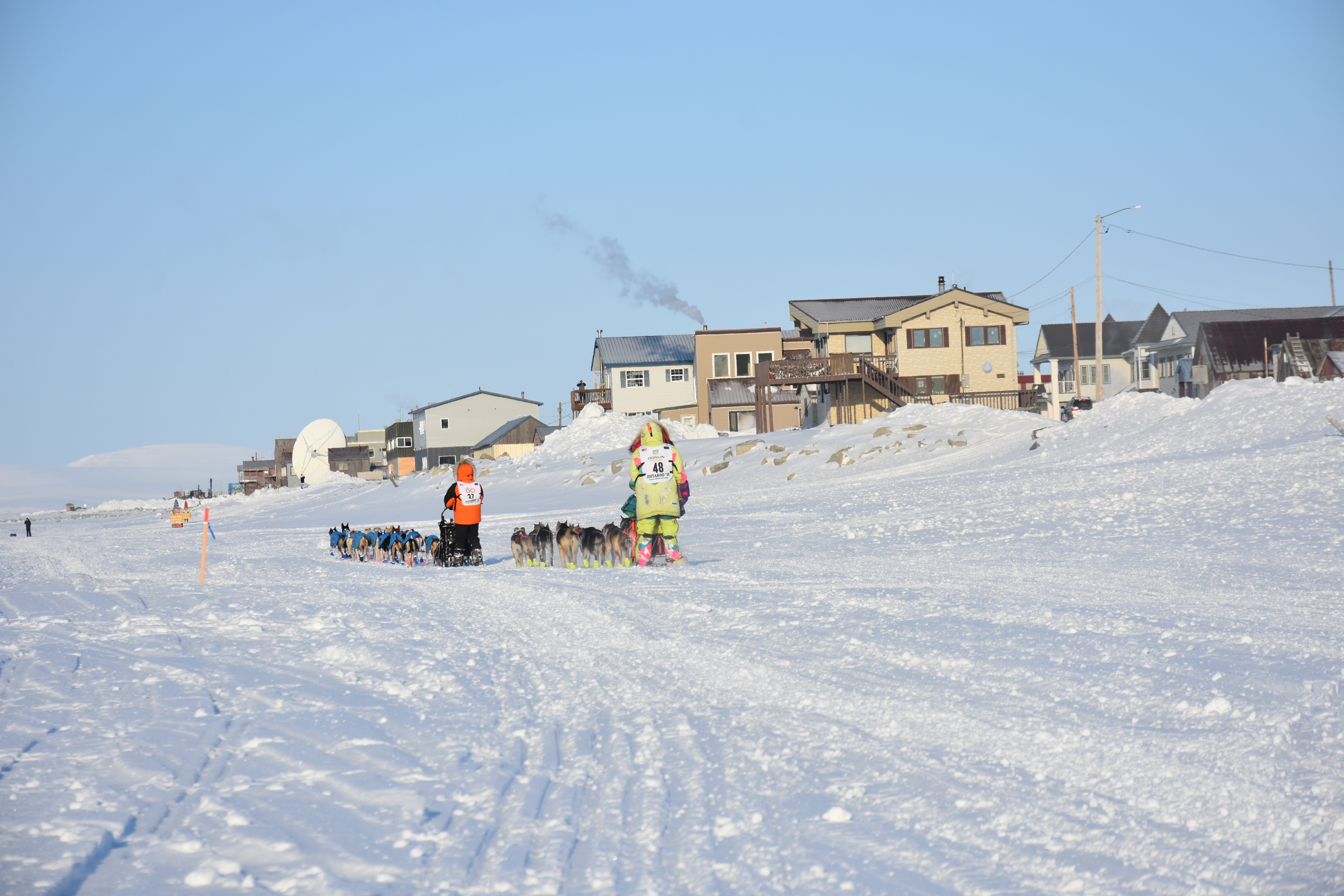 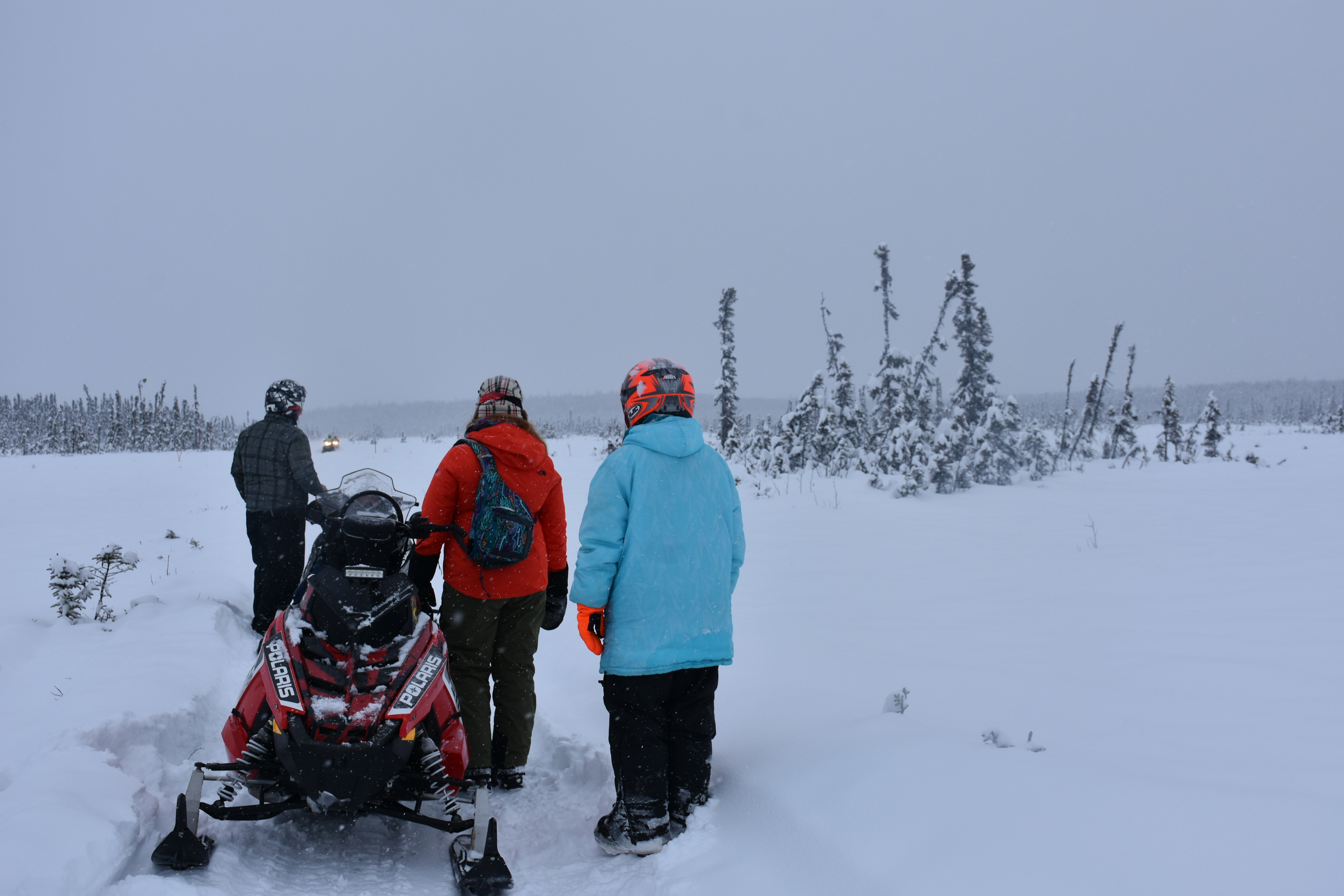 Snowmachining to Yentna Station during the Jr. Iditarod.

But wait, did you see trucks in any of my photos?  Some of the villages without connecting roads DO have trucks.  I wondered how they got to the villages without any roads.  They are brought in on barges in the summer via the ocean and rivers.  You also may wonder, why have a truck when there aren’t many roads?  I have an answer.  In Unalakleet and Nome, which are larger villages, if there is a blizzard going on and you want to go two miles, which would you rather do, walk through the blowing snow or ride in a warm truck? 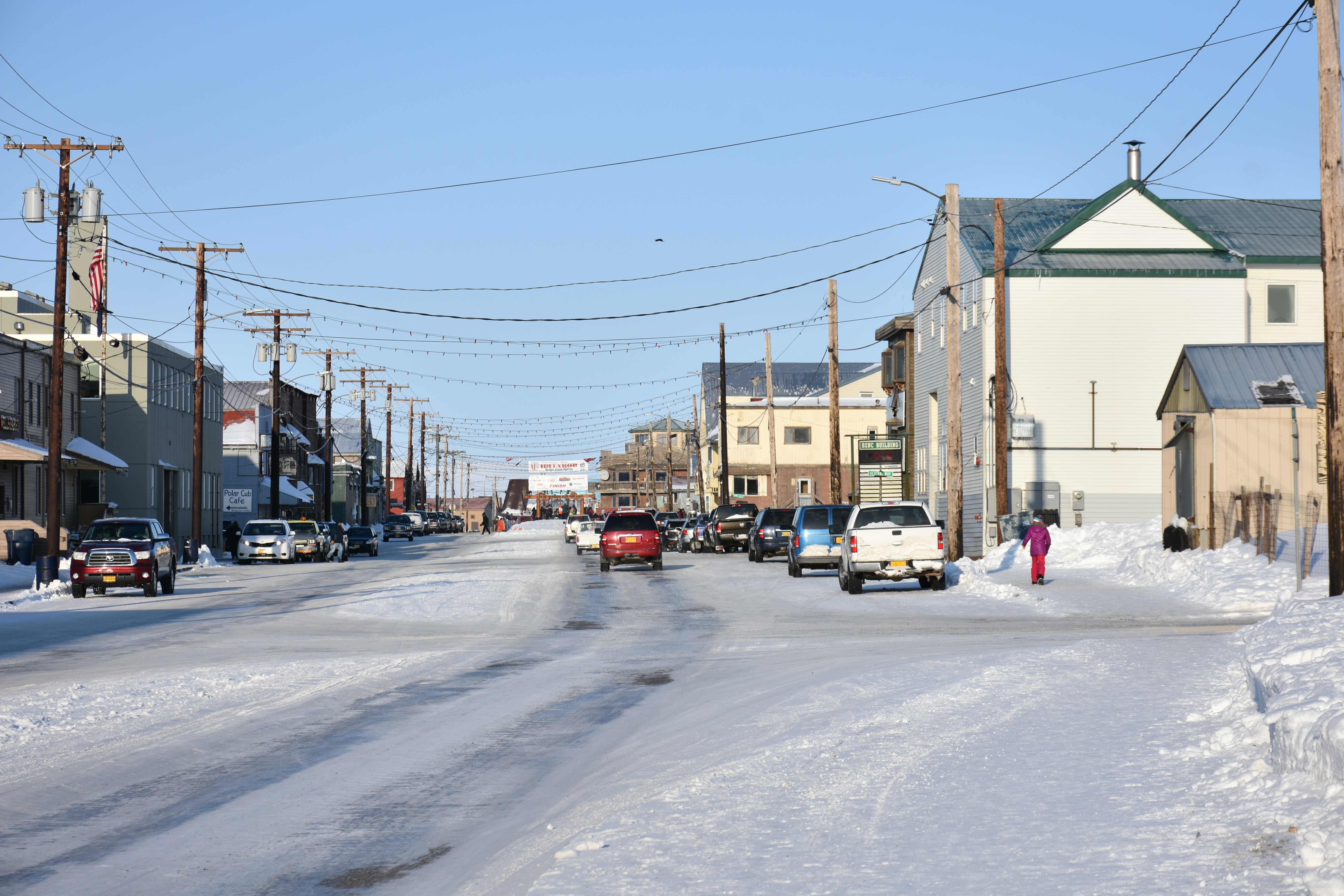 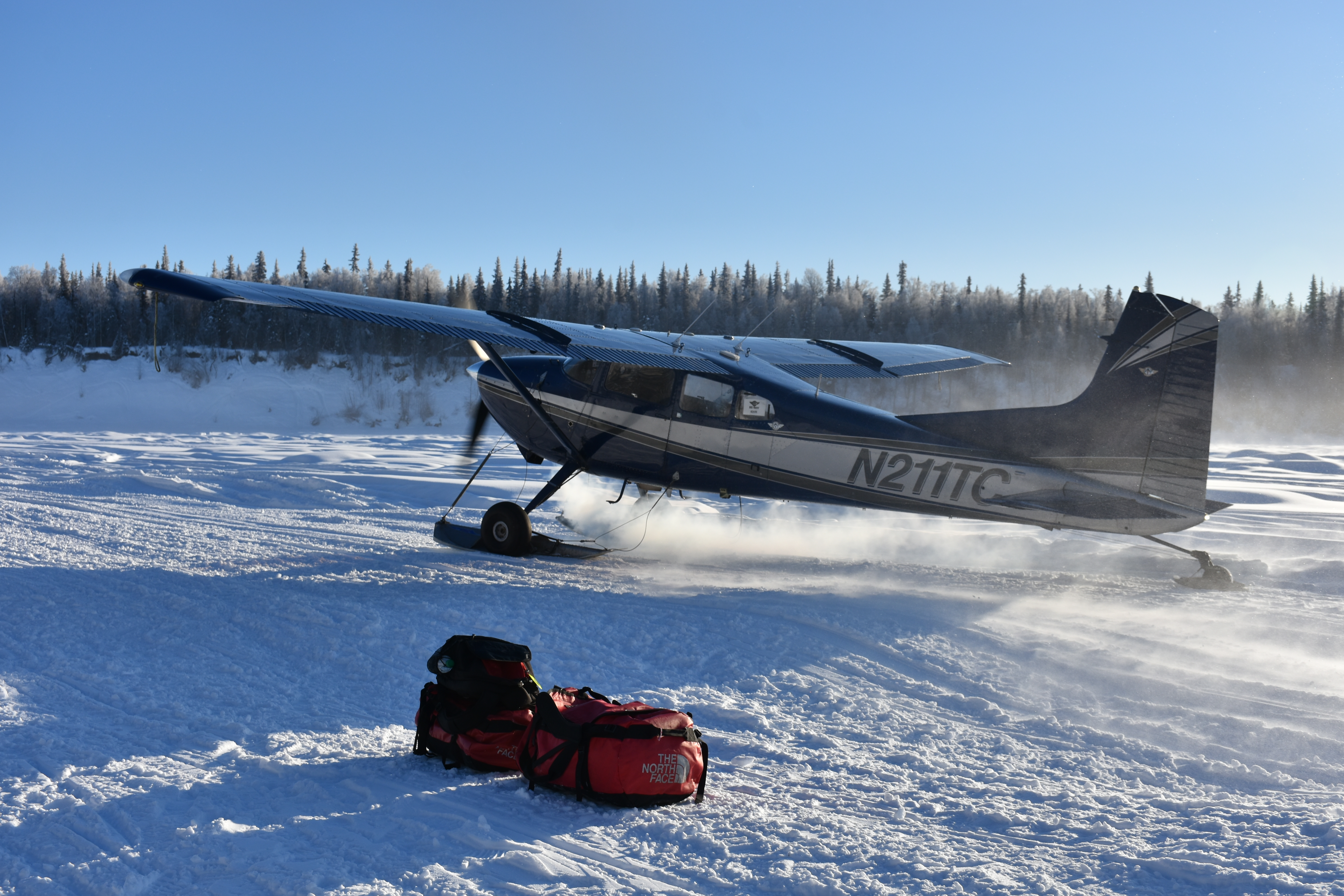 Planes get the job done in the winter for remote communities.

Airplanes and boats are the lifeline to these interior Alaskan villages.  According to the U.S. Department of Transportation, Federal Aviation Administration, Alaska has the highest number of pilots per capita.  That means the highest percentage of people who are pilots in any state.

Here are some math activities for you that show why the lack of an interior road system in Alaska creates the need for many more pilots.

Activity #1:  Create a graph using the data from the US Transportation Department comparing the number of pilots per 100 people in the top ten states?

Activity #2:  Put the decimals that represent pilots per 100 people in order from greatest to least.

Activity #3:  Figure out how many people the decimal represents of that 100.

Activity #4:  Find out which state has the least number of pilots per 100 people?  Where does your state fall?  How about Canada?  How does your province compare to Alaska for pilots?  Feel free to email me your answer!  emailtheteacher@iditarod.com

Top Ten US States for Pilots 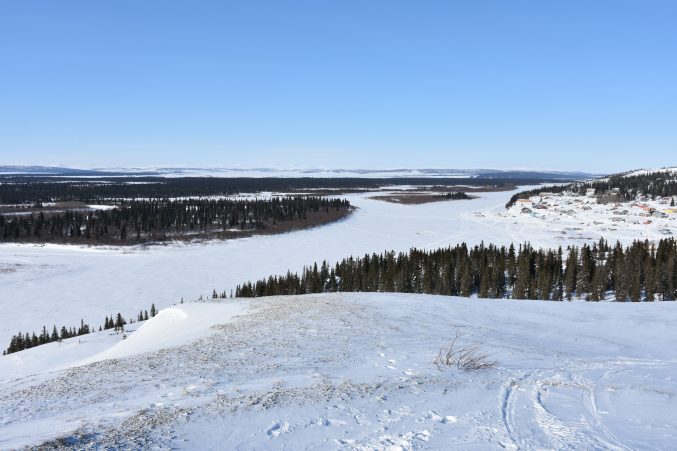 This photo is overlooking the community of White Mountain, accessible by plane, snow machine, boat, or sled dog team! Without many roads, the landscape appears pristine and beautifully natural.