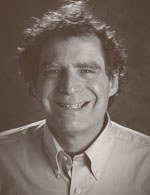 Lou Packer, 55, says he's an all around wonderful guy, devoted husband and father." He is dedicated to his family of one wife, three kids and lots of dogs. He was born in California and grew up in L.A. He studied at UCLA and UC Berkeley and received his medical degree in 1981, and now runs Urgent care at Lake Lucille. He says he got sick and tired of the Lower 48 and moved to Alaska as soon as it was possible. He's been here for the last 22 years. "I watched the 7th Iditarod start when the Pope came to visit. I realized it was a sign from the heavens above that I should run the Iditarod, after all, dog backwards is GOD. Being immediately hooked, I ran a couple of other people's dogs a few times and each time my craving for dogs got worse and worse. Finally, after completely filling my head with rocks, dodging macho-pause and throwing all sanity and reason aside, I moved my family to Wasilla, built Urgent Care at Lake Lucille, and began running dogs with zeal in 2006. Ellen Varosi, Linwood Fiedler, Wayne Curtis, Lynda Plettner, Rick Casillo, Scott Smith, Sven Haltmann and many others have helped me tremendously along the way to Nome." Lou and wife, Ellen, have three children, Avalon, 10, Cirrus, 7, and Gazelle, 5. He says his hobbies are his family, kids, flying, hunting, fishing and gardening.