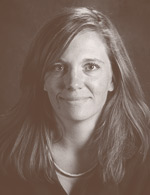 Celeste Davis, 37, was born and raised in Montana. Her parents are Bill and Liz Smith and she's the fifth out of six kids. "I was the one tagging along and annoying everyone just trying to keep up. When I was really young, the whole family was involved in running dogs in sprint races around Montana and Idaho. When we later moved to Deer Lodge, my father became involved with mid-distance races, which led to less involvement with the family as a whole in the sled dog world." She graduated from Montana State University in 1995 with a nursing degree. Her first job was at the Deer Lodge Hospital and she is still there today. She married her high school sweetheart, Todd, and they were blessed with son Beau, who is now 11. "For a few years I helped my father train his dogs, then he graciously handed over the handlebar to me. The time is right for me to follow my dream as a little girl and become involved with the racing end of it. So why not run the Iditarod!!! There isn't anywhere else I would rather be! Freezing, hungry and sleep deprived while loving every minute of it, enjoying it with man's best friend. Everyone should try it, what a privilege." Celeste has run both the Seeley Lake 200 and the Race to the Sky. She is a member of P.R.I.D.E., Back Country Horseman and the Emergency Nurses Association. She says she enjoys hunting, family, horses, and hiking – anything outdoors.