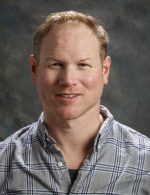 Steve’s life and career have been characterized by integrity, leadership, and patriotic service.

A 6th generation Kansan, Steve Watkins, 41, attended the West Point, where he excelled at engineering, student government, and football. In the U.S. Army, Steve achieved the rank of Captain and is a qualified Airborne Ranger. Steve was stationed in Alaska in 2000. This is when he first ran dogs.

He first saw combat in 2004 in the violent Khost province where he conducted combat patrols on the Afghanistan – Pakistan border. After the Army, Steve worked an independent contractor in conflict environments in engineering, security, and economic development, as well as eliminating fraud, waste, and abuse of U.S. taxpayer money.

Steve Watkins is an accomplished athlete and explorer. His last Iditarod was in 2015, when he attempted to be the first to complete the Last Great Race and climb Mt. Everest in the same year. He completed the Iditarod but 19,200 feet up Everest, a 7.8 magnitude earthquake struck Nepal, killing over 8,500 people — 22 people died on Mt. Everest that day, 6 were members of Steve’s team. It was the deadliest day in the history of Mt. Everest.

Steve Watkins has traveled to over 75 countries. He holds advanced degrees from West Point, the Massachusetts Institute of Technology (MIT), and Harvard.

Steve Watkins is currently running in the 2018 election for the United States Congress to represent Kansas’ 2nd Congressional District.