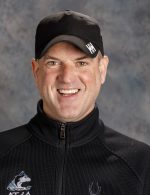 Born and raised in Ottawa, ON, Jason Campeau was infused with the ambition of attaining success by hard work from an early age. He quickly learned the accomplishments of hard work and disciplined skills through hockey at the age of 4. This early experience has instilled a compass that directed Jason throughout his adolescents to succeed through strength of character and acquire many achievements in all aspects of life. Jason went on to a successful OHL career with the North Bay Centennials where he scored the overtime winning goal earning the team a trip to the Memorial Cup. Jason attended the Toronto Maple Leafs training camp prior to his overage year with the Centennials. Jason’s talent and ambition opened many doors in the world of hockey specifically through an athletic scholarship playing for University of New Brunswick Varsity Reds. In 1998 his team won their first national championship and Jason followed that victory with and educational achievement of a BA in business. The raw and natural talent to balance athletic excellence with maintaining academic achievements launched Jason into the corporate world of success. From the hockey rink to the boardroom, Jason is hitting high goals as the Chief Operating Officer of Maplesoft Group, a global systems integration company. Many skills learned through hockey play a major roll as Jason approaches challenging task and sustains his rapidly growing company with integrity and poise. In addition, Campeau is part owner of CMG sports, a professional sports agency based in Missouri. CMG Sports represents 245 clients, including 80 NHL players. Throughout many facets of honorable achievements, Jason was presented the Top 40 Under 40 award from the Ottawa Business Journal.

As Jason gracefully continues to balance the world of a multimillion-dollar corporation on this shoulders, he has turned to a family oriented approach to filling his competitive desires in dog mushing. Together with his wife Jenn and twin girls, Jessica and Mackenzie, taking on a full time racing kennel has become a family passion. Jason’s determination to be a top competitor was quickly attained through his challenging yet successful completion as a rookie racer of the 1,000-mile Iditarod and Yukon Quest sled dog races. Jason grabbed the tittle as the first musher from Canada to finish the two races as a Rookie. As if that wasn’t enough, Jason placed top 20 and top 10 respectively. Prior to this once in a lifetime achievement, Jason scored his first championship of competitive racing in 2013 at the 200-mile Canadian Challenge.