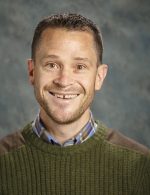 Larry Daugherty, 44, hails from Eagle River, AK where he and his family have lived since 2014. Larry’s family moved to Alaska to support his Iditarod dream-one which began in childhood. Larry works as a radiation oncologist at the Alaska Cancer Treatment Center. His work has taught him to treasure every moment in life and to make the most of every day. He co-founded Radiating Hope, a nonprofit which aims to improve access to cancer care in developing countries. He carries prayer flags on his sled to honor those impacted by cancer. Larry enjoys exploring Alaska with his family through backpacking, fishing, hunting, and climbing. In 2017 Larry endeavored to be the first person to complete “Iditarest”, meaning finishing the Iditarod then climbing to the top of Mt. Everest in the same year. His team was turned around just 335′ from the summit by hurricane-force winds at the South Summit. In 2020 he will try again. He is racing with an Atka Kennel team.