The Race into Unalakleet 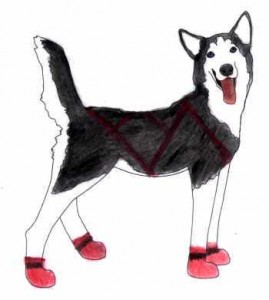 I could hardly take naps today because I was so busy pushing the refresh key on my lap top to keep updated on the current standings and the GPS Tracker.  WOW!  First, my brain just kept asking, ‘Who will get into Unalakleet first?”  Once Mitch Seavey arrived, it was ‘Who will be next? And then, “Who next?  Who, who, who will it be?”  One after one the mushers arrived and I tried to catch some video clips and pictures on as many of the mushers as I could.  How exciting!

Congratulations to Mitch Seavey and his dog team!  First to Unalakleet!

After mushers started arriving in Unalakleet, I still couldn’t take my naps because I was waiting to see who’d leave first for the village of Shaktoolik.  So, today was a no nap kind of day.

But the day wasn’t all about watching what was happening in Unalakleet and Shaktoolik. It was about trying to keep an eye on all of the mushers and teams on the trail.  I had to cheer on the back of the pack and all the teams in between.  I don’t have a favorite musher or team.  I have to cheer for all of them.  I’ll keep cheering them on until all of the mushers reach Nome.  How about you?  I hope you cheer on your favorite if you have one, but that you also cheer on the rest of the mushers, too.